Changes in the jet stream can do enormous damage to Europe in less than 40 years. 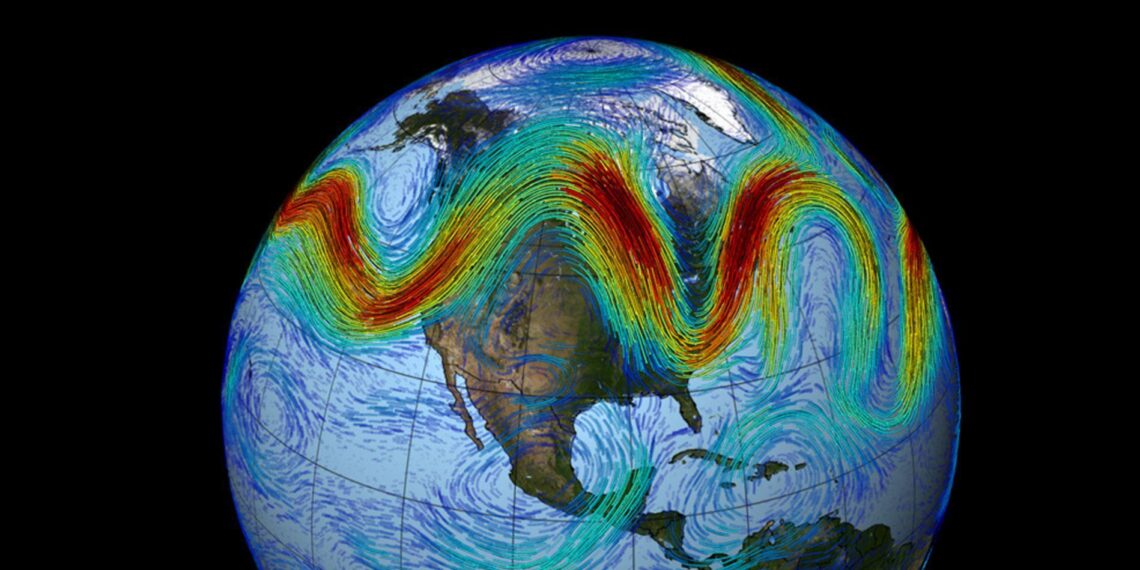 The Northern Polar Jet Stream is a band of high-altitude winds that surrounds the Arctic and affects the climate of the Northern Hemisphere. This current is expected to begin to shift significantly from 2060 if greenhouse gas emissions remain high, leading to dramatic changes in temperature and rainfall, especially in Europe.

"It would have drastic consequences for society," he says Matthew Osman of the University of Arizona.

What is the relationship between global warming and the jet stream?

Direct observations of this polar jet stream began only a few decades ago thanks to the proliferation of meteorological satellites. It is therefore not so clear how global warming is affecting it.

Today Osman and his team discovered how the average position and intensity of the jet stream over the North Atlantic have changed over the past 1250 years. They analyzed the Greenland ice cores and found that the position of this current determines the storm tracks on the North Atlantic. In turn, these determine Greenland's temperature and the amount of snow that falls there. In cascade, the consequences are then distributed over the whole planet.

The results of the study (you find here)

Analyzes show great variability in the position and intensity of the jet stream. But climate models predict that the current will move north as the world warms and the temperature difference between the Arctic and lower latitudes shrinks.

Osman's results suggest that this effect will begin to become evident around the 2060. By 2100, the average position of the jet stream it could be 1 to 3 degrees further north in high-emission scenarios.

As mentioned, Europe would suffer the greatest consequences of this jet stream shift. Its southern regions would become even drier. Very serious effects, such as to bring extreme famine in large areas of Southern Europe, as evidenced by previous shifts of this current (in 1374 and 1375), and a terrible famine (in 1740) which affected Ireland.

Other clues to the effects of the jet stream

The intensity of the jet stream was unusually low in 1740, when nearly half a million people in Ireland died of famine after rain had fallen for a year. From the 60th to the XNUMXth century, however, the intensity of this current was only XNUMX% of the average, and led to warmer temperatures in Greenland (It was during this period that the island was colonized by the Vikings).

It is already happening

Some researchers think global warming is already making the jet stream more unstable, with large circuits persisting for days or weeks leading to unusual extremes of heat and cold. Osman's study looked at annual averages and therefore isn't directly comparable to research that looks at much shorter periods, the researcher says.

In any case, it is a further signal of the need to “attack” climate change with enormous determination.