Singapore is already quite "ahead" on security monitoring. Today it goes further "forward" by deploying robots in public areas. Welcome, dystopia. 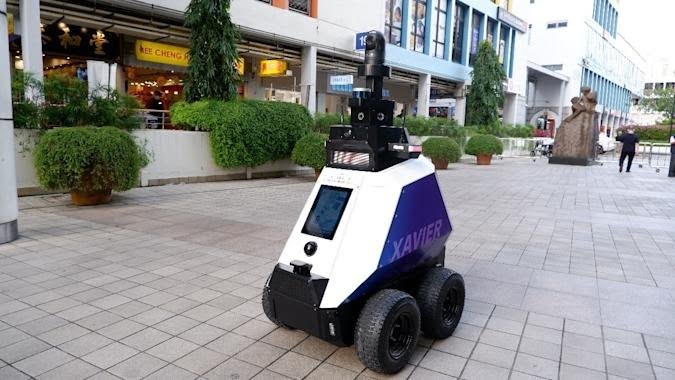 Singapore, a small but determined city-state, is known for having strict laws and surveillance cameras virtually everywhere.

Today it shows all the intention to employ robots to keep an eye on the violators of the rules: for this reason started testing a robot named Xavier. In fact, he put a couple to work by having them patrol and monitor public areas with high pedestrian traffic.

Over the next three weeks, the robots will monitor the crowds of Toa Payoh Central to search in public areas for what national authorities describe as "unwanted social behavior". These bad behaviors include the “over five people” crowd, which goes against its COVID-19 security measures.

If it's still not enough anxiety for you, know that Xavier robots will look for cases of smoking in public areas where it is prohibited and illegal falconry (? Oh well). They will also patrol to report improperly parked bicycles and motorbikes, including using sidewalks. When they detect a crime they will notify his command center and display a corresponding message on the screen.

Well, at least they won't hit passersby with electric shocks. Switch Robocop to Judge Dredd is a snap.

How robots that patrol public areas are made

Xavier robots are equipped with cameras capable of providing their command center with a 360 degree panoramic view. They are also capable of capturing images in low light conditions using infrared cameras. The videos they capture are analyzed by an artificial intelligence system to look for anything that may require the response of the human officers. To allow cars to navigate autonomously in public areas of the city, the robots are equipped with sensors that give them the ability to avoid both stationary and moving objects, including pedestrians and vehicles.

Singapore has already announced its plans to double the number of its surveillance cameras to 200.000 in the next decade. However, officials believe these robots can help further increase surveillance measures and reduce the need for officers to patrol public areas. 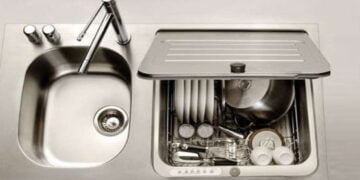 A discontinued dishwasher leaves a great pedagogical legacy: the one that teaches the use of technology in small spaces. Will come back?