RYZR, the concept of a "wearable" vehicle, which you drive with a special suit

Wearing a "part of the vehicle" in the form of a suit, to fully integrate with the driving experience: this is the starting point of this concept. 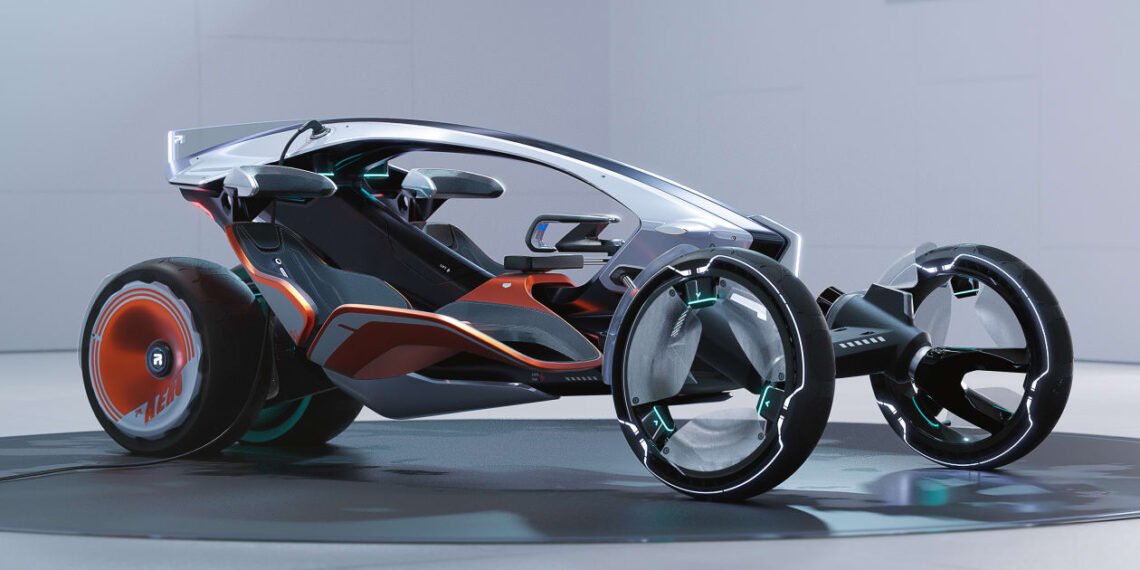 R, a new brand from Shanghai Automotive Industry Corporation (SAIC) Design, has developed a rather futuristic and quite stimulating concept, because it provides some food for thought and cyberpunk suggestions.

The concept, called 'R RYZR', consists of a vehicle and a special suit, which acts as a "key". The RYZR Smart-JKT, a piece of clothing that does a lot Daisuke for those of my generation, it connects the user to their car when they simply sit in their driver's seat.

Most of us still use our car keys. Unlocking the car using the phone is already pretty high-tech as it is, but a special suit as you see it?

Wear a part of the vehicle with a suit

The idea comes from changes in the perception of public transport, especially in the last 12 months. Urban mobility and its networks represent a risk in light of the recent pandemic, and in the fear of future pandemics: this is why people would like to focus on personal transport systems as long as they are efficient, economical and sustainable from an environmental point of view.

This "in suit" concept car aims to provide a (very) high-tech solution to the problem. Described as a fusion of a bike and a car, RYZR takes the best of each world: the agility of the bike and the stability of the car.

And this also results in a rather unique architecture. The vehicle has a kind of "backbone" that runs along the center of its body, much like in humans. Two seats are suspended on either side of this spine, offering an "unrivaled" view of the road.

In order not to compromise visibility in a rather low driving position, the pilot in overalls will also see through the wheels. The front ones of the vehicle are open, to also give greater awareness of space when leaning into curves. "An exciting yet safe urban experience," promises the design studio that developed the concept.

In addition to this, there is also the central steering control. Mounted in the center, this will allow both passengers (as long as they are in overalls, I guess) to share the driving experience. Thanks to drive-by-wire technology, this controller is designed to work regardless of its position.

This EV was born from the need for extreme ease of use. It shows a visceral vision of the future of urban travel. The introduction of this suit shows the combination of cutting-edge technical apparel aesthetics and augmented reality. It is an exploration of unconventional modes of transport for the future.

As if to say: the future, even for personal transport, is all to wear.