Observing the constellation of Orion reveals the possible presence of a gaseous planet that could orbit around three stars. 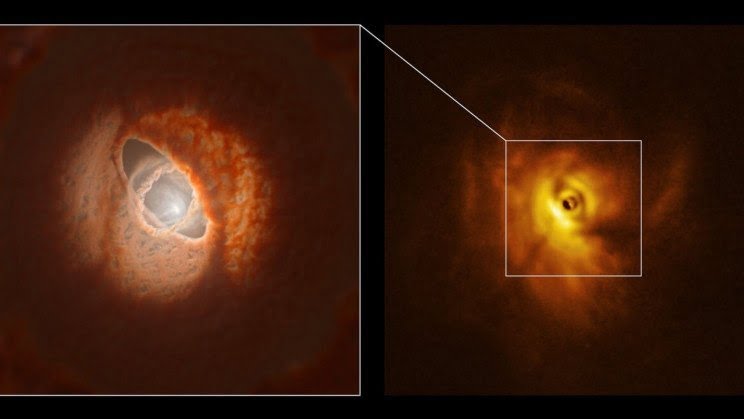 In the constellation of Orion, a star system called GW Ori 1.300 light-years from Earth it is surrounded by a huge disk of dust and gas. It has piqued the interest of astronomers for a variety of reasons, but the most notable of these is that it is a system with three stars instead of one.

And that's not the only special thing

The gas disc of GW Ori is split in two, as if there is a large gap between Saturn's rings, and the outer ring is tilted about 38 degrees. Scientists speculate that the disc gap could be caused by the formation of one or more planets in the system and, if so, would be the first known planet to orbit three stars at the same time, according to a press release dell 'Southern European Observatory (ESO).

Now, a team of astronomers have modeled the GW Ori system in more detail. According to the results published in the Royal Astronomical Society's monthly notices, the best explanation is that there is a massive gas planet like Jupiter down there.

What would the view look like from a planet orbiting three stars?

If the planet could support life and one could somehow travel through interstellar space to get to the gas giant, there would be an incredible sight! No, I'm kidding. It's not like we were made to believe in movies like Star Wars. At least in this case. We would not actually be able to see the three stars in the skies: we would only see two, because the two innermost stars orbit so close that they appear to be a single point of light.

However, as the planet rotates, we would see stars rise and fall in magnificent sunrises and sunsets, unlike anything seen on any other planet known to date.

The question of whether the "three-star" planet exists is still a matter of debate. We cannot yet observe the planet directly, but the future developments of space telescopes like the James Webb, as the ALMA telescope O The Very Large Telescope in Chile in the coming months could provide an answer. 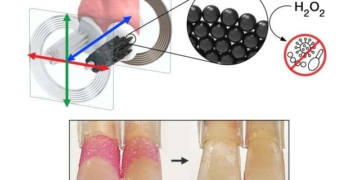 A robotic micro swarm of iron oxide nanoparticles has superbly replaced a toothbrush in cleaning plaque from ...