Piaggio's "robot luggage" becomes more compact and covers greater distance. In my opinion, it is not long before its mass adoption. Oh yeah? 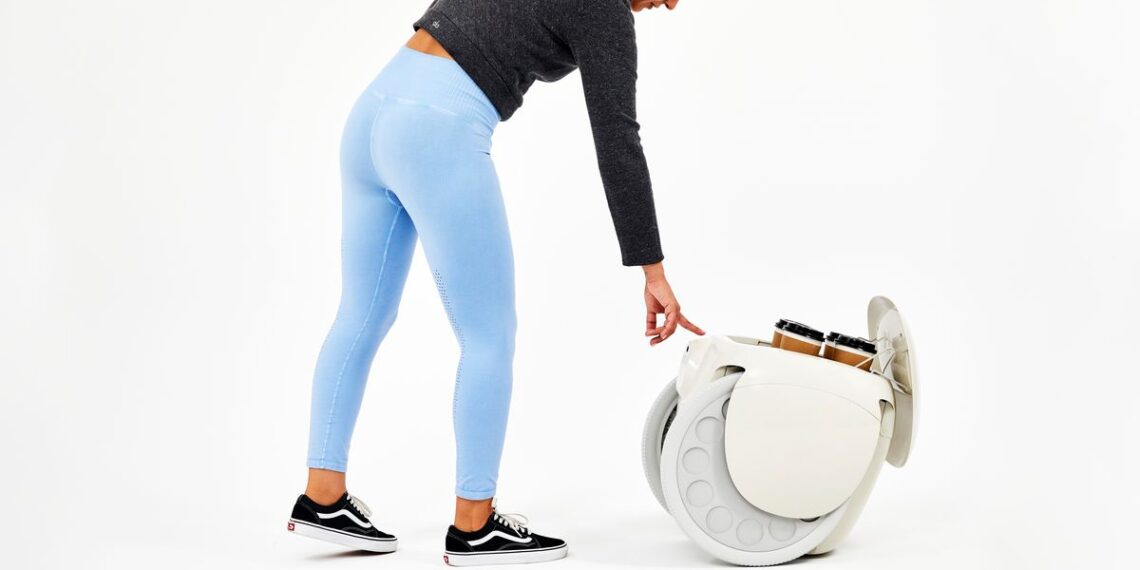 in Robotica, Transportation
⚪ Reads in 2 minutes

Do you remember the small Gita cargo robot from Piaggio Fast Forward, the subsidiary of the historic Italian company? If the answer is "no", here is a reminder. If the answer is "yes", keep reading, because Piaggio has launched its second robot. It is a more compact version and is called just Gitamini.

The form and function of Gitamini remain the same as the original Gita. The Piaggio robot consists of two large wheels, a central trunk and an artificial vision system that it uses to identify and follow its owner. Gitamini weighs 12 kilos (28 lbs) and can carry up to nearly 10 kilos (20 lbs) for 33 kilometers (21 miles). It's a substantial improvement: Gita can carry 18 kilos (40 pounds) but stops much earlier, after not even 20 kilometers (12 miles).

Gitamini uses a number of cameras and sensors, including radar (which is missing in the original Gita), to navigate and follow its user. To activate this follow mode, you simply stand in front of Gitamini and tap a pairing button. At that point the Piaggio robot will consider us as the ducks considered Konrad Lorenz: after this imprinting it will follow us everywhere (going at almost 10km per hour, 6 mph).

What if they fool me?

Robot luggage can be locked and its tracking mode disabled, but there are no anti-theft features. How you do it? Made the robot, found the thief: every era has its crimes. Piaggio Fast Forward CEO, Greg Lynn, thinks it's "unlikely that anyone will get away with walking away unnoticed." The object is obvious. And then something like this needs a connection to a phone to be unlocked.

Rather, the doubt is another. Of course, Piaggio has done a fantastic job and I love watching videos of these contraptions following the masters. It looks really cool, but it's not clear to me who can spend thousands of euros (1800 euros for Gitamini, and 2800 euros for Gita) to carry a few luggage to the bottom, and cannot climb the stairs.

Can you tell me? Piaggio's CEO says these robots are being used to replace cars in short-haul commissions. Yes, OK. For me it is another way of saying "leave us alone, we have created a new market: now the costs are simply higher, you will see later".

In the future, if they are more accessible, solutions like these will overtake airports (Gita is present in 8 US airports) and protected areas, to "trot" behind their owner everywhere.