A new "self-sufficient" solution can revolutionize the treatment of knee osteoarthritis, a condition that afflicts millions of people. 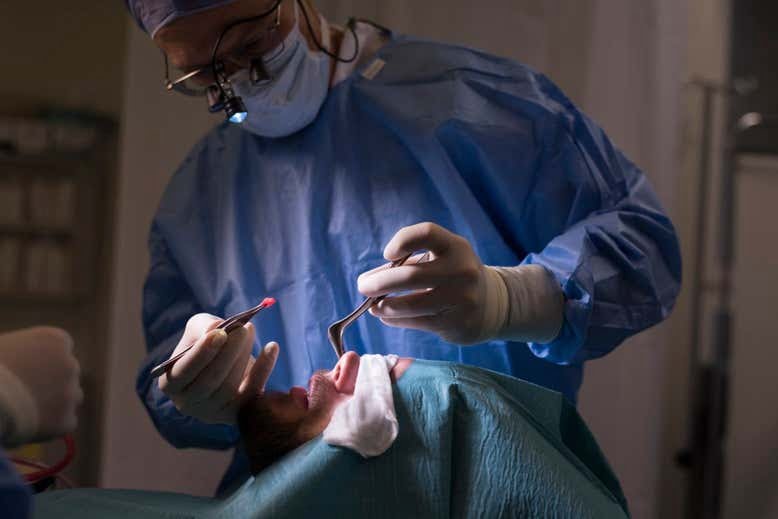 Two implants made from the cartilage of the nose were used to repair the knee joints of two people with severe osteoarthritis. A resounding success that led to the planning of a larger clinical trial to see if the treatment can help the millions of people with knee osteoarthritis around the world.

Knee osteoarthritis occurs when the cartilage of the knee joint gradually wears down, causing pain, stiffness, and difficulty walking. It is common in older adults, but some young people can develop it as well.

The only way to treat the condition is to replace the knee with an artificial joint made of metal or plastic. But even these prosthetic joints can wear out, leading to multiple surgeries.

Ivan martin of the University of Basel in Switzerland and his colleagues wondered if another option might have been to replace the damaged cartilage in the knee with healthy cartilage taken from the same patient's nose.

The main advantage of a solution like this is the effective regeneration of the cartilage, as opposed to replacing it with a foreign body part.

After the successful experiments in mice and sheep, the researchers then tested this solution on two patients, a 34-year-old man and a 36-year-old woman, both with severe knee osteoarthritis.

The stages of knee recovery

In primo luogo, the researchers removed small amounts of cartilage from the nasal septum (the structure that separates the nostrils) of the patients, and “cultured” it to create thin, flat sheets. THE surgeons they then inserted these cartilage grafts into the damaged knee joints of the man and woman.

MRI scans showed that the cartilage of the nose successfully integrated into the joints. Eight months after the procedure, both reported a significantly less pain, a improved knee function it's a better quality of life. Both were able to avoid the traditional replacement of the prosthesis.

Now a broader clinical trial is needed to test the effectiveness of this solution, as the two cases dealt with can only provide anecdotal evidence.

The team from the University of Basel has just received approval from the Swiss medical regulator to test the approach in 15 other people with osteoarthritis of the knee. If it goes well, an even larger study of 64 people will begin. It should be said that the ultimate solution for knee osteoarthritis sufferers is starting to walk.

Getting together, dating, cooking and eating good food. The pandemic brings out the "remote" restaurant format ...