In just over 6 days, a huge oil spill from Syria reached the Mediterranean: incalculable consequences. 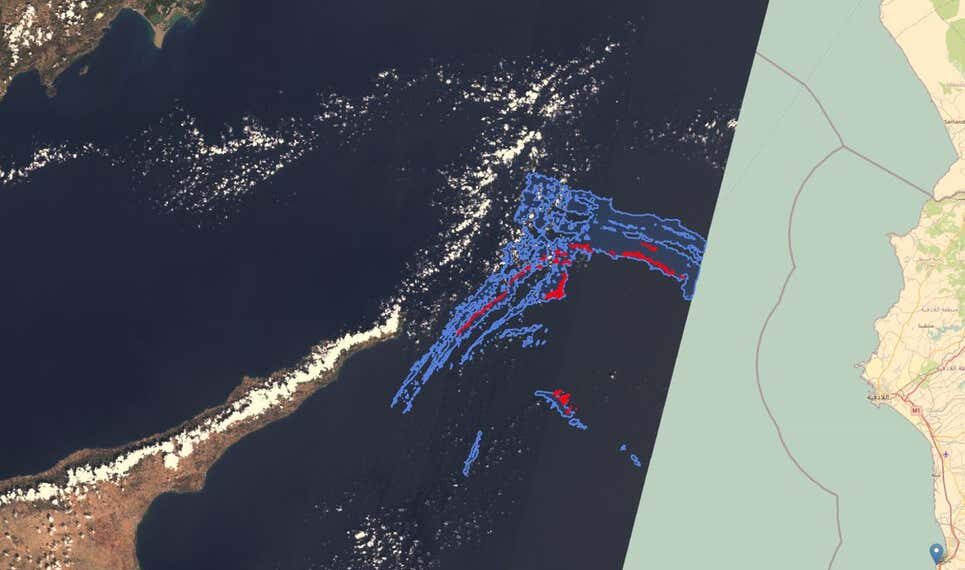 Last week a Syrian power plant started leaking oil and now the spill is heading towards Cyprus. The effects on ecosystems and marine communities could be devastating: it will spread throughout the Mediterranean.

Syrian officials said the spill began on August 23 when a leak was created in a tank filled with 15.000 tons of fuel at the Baniyas power plant. according to the Syrian state news agency SANA.

An oil spill the size of a city

Cyprus officials had expected the oil spill to reach their nation's shores on Wednesday, but thanks to a change in wind, it narrowly missed the island. Officials from Cyprus, Turkey and Israel continue to monitor their coasts for signs of contamination.

Despite aapparent, partial dissipation, the spill left lumps of oil sticking to the sea floor. Crews from various associations are trying to monitor the problem that could be disastrous for the rich ecosystems of the Mediterranean Sea. It is a marine region that hosts approximately 17.000 different species of wildlife, accounting for up to 18% of all marine species in the world.

WWF is deeply concerned about the oil spill that occurred in Syria about a week ago. This preventable incident will have immediate and long-term effects on coastal ecosystems and vulnerable communities in the area.

The concern of the Syrians

“People didn't need this, it's already hard to make a living here. This incident has certainly affected the lives of many families and caused them to lose their income, ”an unnamed resident of Baniyas told CNN. Syrians interviewed also report that the Syrian government is not adequately addressing the severity of this spill Petroleum. The country is grappling with the economic crisis due to the war, the rapid depreciation of its currency and the fallout from the closure of Covid-19.

The government only sent squads with sponges and water pipes; they don't have the ability to deal with this. You can't clean the sea with sponges

Turkish environmental officials are also mobilizing resources to help contain the spill, as are those in the northern part of Cyprus (the one occupied by the Turks.)

"This spill is not just a problem that affects Northern Cyprus", he told the Guardian Cemaliye Özverel Ekinci, who heads the Northern Cyprus Chamber of Environmental Engineers. "We must act together with the South".

It is the second spill in a year to hit the eastern Mediterranean Sea.

In February, an oil spill from an oil tanker off the Israeli coast left tar and other toxic substances along the Israeli and Lebanese coasts. Scientists also sounded the alarm about an oil tanker off the coast of Yemen, dangerously close to spilling its oily contents. Incidents such as these show (if still needed) how the dangers of using fossil fuels are not only linked to the climate; oil, gas and coal can also cause environmental damage.

"Mediterranean countries must take strong measures to repair and secure outdated oil and gas infrastructure so as to prevent further such incidents that impact vital ecosystems and vulnerable communities," he said. Mauro Randone, coordinator of the WWF Mediterranean Marine Initiative.

Needless to say, you need timeliness. The sea and marine species are waiting for no one.