Nomophobia is the anxiety of separating from your smartphone, and being "disconnected". It is easy to say illness, there is much more behind it. And you, how nomophobic are you? 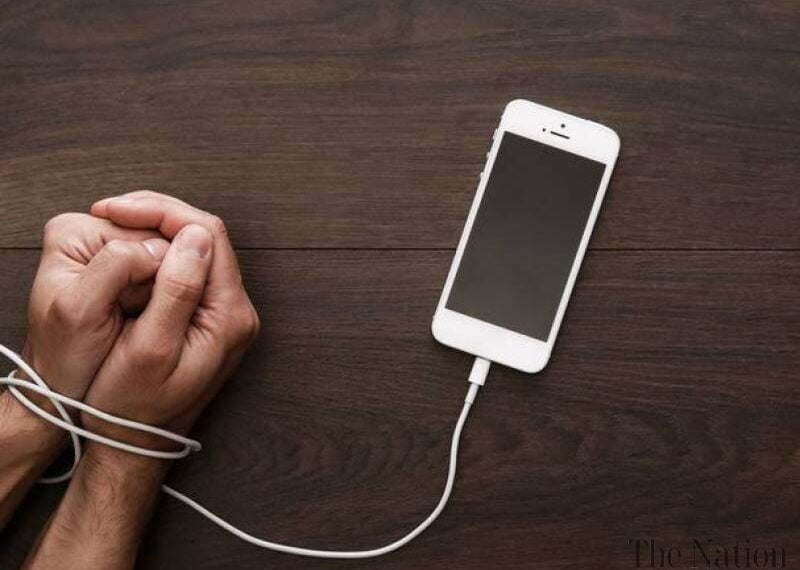 Covid-19, I've written it a thousand times, has profoundly changed the functioning of modern societies. Lockdowns, restrictions on contacts and services, social distancing and other measures have produced enormous changes, which in many cases are here to stay. Among them, the fact that we have all become more dependent on smartphones. Yes sir: we suffer from nomophobia.

A study found that the use of smartphones it increased by 70% during the first months of the pandemic. And now? A recent Canadian poll finds that over 40% of respondents spend even more time on their phones this year. Dependence on digital technologies, including smartphones, has increased tremendously due to the need to do everything from home. Work, study, stay in touch, read the news, and interact with services, such as food and grocery delivery. Everything passes from there.

Nomophobia, a phenomenon to be studied

The relationships we build with smartphones have recently become of interest to researchers, especially the potential negative impacts of overuse and attachment.

One relationship in particular is about the anxiety experienced when people are unable to use or be in contact with their smartphones, known as nomofobia. Nomophobia, or non-mobile phobia, is believed to be a product of intense attachment to our devices and is believed to be stronger among people who use the phone the most, such as teenagers and young adults.

Some researchers have gone so far as to argue that nomophobia should be introduced in the DSM-V (the manual for the diagnosis of psychiatric diseases), or be treated with cognitive behavioral therapy and other psychological and pharmaceutical treatments. But these claims are rooted in a decontextualized idea of ​​nomophobia, which ignores many real-life interactions that require the use of smartphones.

Treating nomophobia as a mental illness or medical condition that needs treatment is imperfect and potentially harmful. A recently published study shows that nomophobia, or the anxiety associated with not being able to access your smartphone, has less to do with frequency with which you use the phone and more with the context where the phone is used.

The existence of smartphones has changed social and work expectations so that 24-hour availability is now often considered the norm.

There is no doubt that smartphones have become an important and probably irreplaceable part of everyday life. Just as the car has become irreplaceable due to the urban expansion that has favored the streets over pedestrian crossings, the smartphone has perfectly integrated into our globalized and hectic lives. And unlike cars, which are used for only one function (moving around), smartphones can be used in many ways, some of which are beneficial to the user.

During the pandemic, smartphones enabled remote collection of groceries and food delivery. They have facilitated the check-in of friends and family, they have allowed services such as bank appointments, medical appointments, even psychotherapy sessions with which someone would like to "cure" from the use of the smartphone and from nomophobia to continue. This type of use of the smartphone demonstrates a clear utility and convenience.

Comparatively, some aspects of smartphone use are products of broader social and occupational norms. Modern business needs, such as responding to emails promptly and joining calls, have been largely supported by smartphone features and apps (such as email, videoconferencing, modification of documents). This means that many employers expect their employees to be available after 9am to 00pm, and the nomophobia stems more from these implicit requests than from the device itself.

Similar anxieties arising from "smartphone use" have been associated with social media consumption. In particular, research documented that the more time you spend on social media, the greater the nomophobia. This means that the anxiety associated with not being able to use the phone arises by the way it is used rather than by the device itself. It's not the smartphone's fault - it's our fault. Smartphone anxiety is just our anxiety, dictated by our society.

The complicated relationship we have with our phones is also clearly demonstrated by how they are sold to us, how their characteristics are enhanced. Our phones are positioned as "creative outlets" and reflect our personal expression through personalization and use. Check out this iPhone commercial, for example. It focuses on how it is the right gadget for everyone, regardless of interests and usage. The commercial goes so far as to visually suggest that the phone should never leave your hand and can perform any function you would need during the day.

The addition of payment features like Apple or Google Pay, authentication with Face ID, digital assistants like Siri and Google exemplify how smartphones are no longer a simple and passive device. They are a way we interact with our daily world. A constant presence.

Smartphones have become an integral technology in the fabric of modern society. The concept of nomophobia oversimplifies both the way these devices are used and the potential treatments for this device-related anxiety. Smartphones clearly extend a level of convenience, communication and usefulness.

We need to be critical and consider how and when these devices are helping us, how and when they are harming or changing us. Because nomophobia is a trouble twice: those who suffer from it must measure the benefits and harm of both the problem and the possible cure. 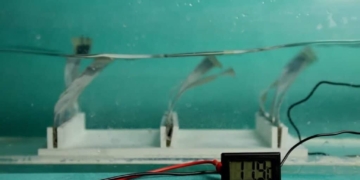 A prototype renewable energy device modeled on algae generates kinetic energy as it gently rocks beneath the surface.