A third limb can always be handy: if it is light, compact and extensible, it risks becoming a "must have" of the future.

The researchers of Japan Advanced Institute of Science and Technology e Tokyo University they developed AugLimb, a compact robotic limb that could support humans in a variety of tasks. This new limb, presented in an article pre-published on arXiv, can extend up to 250cm and grab objects in the vicinity of a user.

"We are interested in human enhancement technologies, which aim to enhance human capabilities with computer and robotic approaches," he says. Haoran Xie, one of the researchers who conducted the study.

We particularly focus on the physical improvement of human bodies.

Learn the limb and set it aside

Most existing wearable robotic arms are designed to be mounted on the upper body of a human user (for example, on the upper arm, waist or shoulders). Some of these systems have shown promise, but they are cumbersome. Wearing a "traditional" robotic limb can be uncomfortable for users.

“We have proposed a compact robotic limb that can fold into a small volume without interrupting the wearer's daily activities, even for prolonged use,” says Xie.

Unlike any other robotic limb, AugLimb can stretch a lot, becoming about 2,5 times longer than the average length of a human forearm. And it's easy to store!

All with an extra limb

AugLimb has 7 degrees of freedom and can be easily fabricated using normal 3D printers and engines. Its light weight makes this robotic limb very suitable for users with a fragile build, such as children and the elderly. could it become a mass "accessory"? That's what its developers think.

We believe AugLimb will be as popular as smart watches in the near future, as anyone from a senior to a toddler will be able to wear it comfortably throughout the day.

AugLimb essentially serves as a third arm, so it could be particularly useful in situations where humans complete tasks that involve a significant amount of object manipulation, such as cooking or cleaning. It could be used by doctors who perform surgical operations, construction workers and other professionals who perform manual tasks on a daily basis.

The robotic limb developed by Xie and colleagues is still in the prototype stage. The team plans to continue testing it and improving its capabilities, to make it even more effective (and commercially profitable, I add).

"In our future studies, we would like to explore effective ways to control AugLimb with biological information, such as electromyography (EMG) signals from muscles or electroencephalogram (EEG) techniques that detect brain waves," Xie said.

To control the robotic limb, the team also plans to use deep learning to improve the analysis of these signals.

All with the third arm in the future? 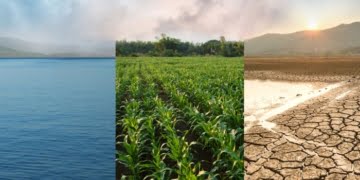 A new report on sets a merciless date by which to eliminate fossil fuels: beyond 2034 it will be catastrophe ...