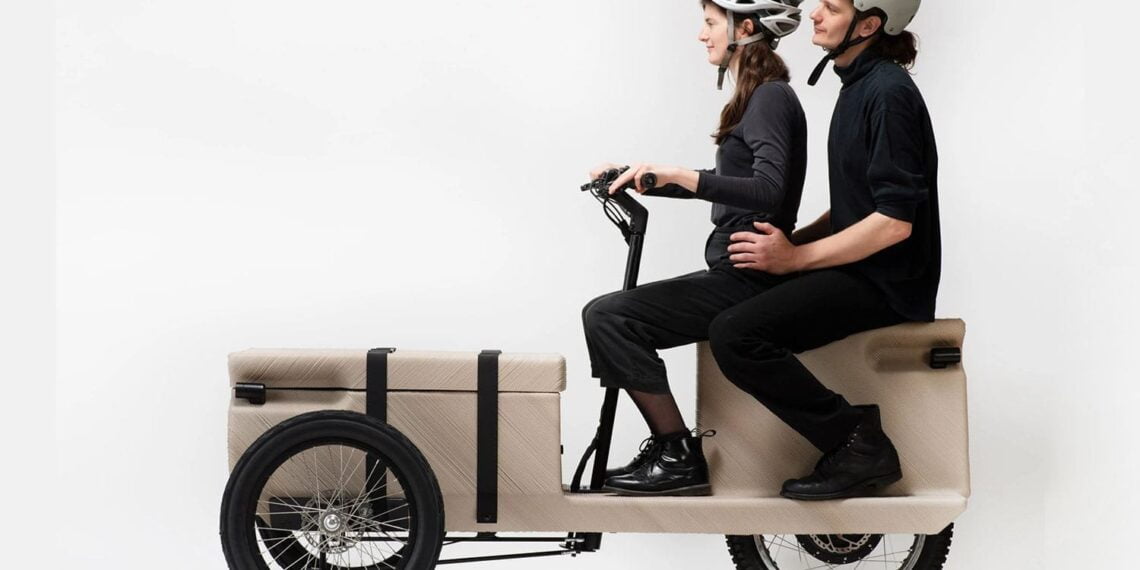 Last year, the Austrian design studio EOOS founded a subsidiary studio, EOOS Next, which focuses on the design of environmentally friendly and sustainable products. Their first big undertaking is an electric bike or, better, a three-wheeler.

A zero-emission utility vehicle, which can be 3D printed locally rather than having to be shipped around the world. It's called ZUV and it's an electric tricycle made up of 70 kg of recycled plastic waste from supermarkets.

From recycled plastic to urban mobility

The idea was to create an electric mobility concept in which the chassis could be produced locally and at low cost. The user can 3D print the recycled plastic frame himself. Then he goes to any local bicycle or motorcycle workshop to mount an engine in the default position next to the handlebars, brakes and three wheels. This allows you to repair and replace individual components close to home to extend the life of the vehicle. And eventually, the frame can be shredded and reprinted to form another ZUV.

To make ZUV some recycled plastic was transformed: 70 kg (154 lbs) to be precise: frame, seats and “trunk”. The electric tricycle is powered by a motor in the rear wheel hub without the need for pedals or bicycle chain, which also reduces complexity and cost.

The electric cargo tricycle it measures 62 x 190 x 55 cm and weighs only 100 kg. Despite its compact design, the ZUV can carry two adults on its bench along with two children (or an equivalent amount of cargo) in the transport box at the front. It can carry a payload of up to 200 kg. In short, a vehicle for everyone, from singles to groups.

The ZUV recycled plastic tricycle has a maximum speed of 25 km / h (15,5 mph). Cross and delight, since it is classified as a bicycle and for this reason it is authorized to travel on cycle paths, at least in theory. It can travel 50 km (31 miles) on a single battery charge, which may not be that impressive but is enough for a regular commuter.

Like any self-respecting vehicle, the ZUV has built-in front and rear lights and a handlebar display for vital stats like battery charge, speed and travel progress.

Ultimately, the concept of zero emissions lies more in the production of the bicycle itself, which uses locally made and waste materials such as recycled plastic waste, than in its operation. In addition, thanks to 3D printing, the structure can be produced on site, reducing transport and the ecological impact of its production.

Whether this concept will be implemented in other cities in Europe and more widely around the world remains to be seen. 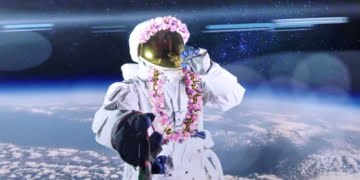 Tourists prepare for the next private space stations. The perspective? New and exciting. The design? All a challenge.