Current predictions about the future of the climate don't go far enough. In less than 500 years, our planet will no longer be livable for humans. 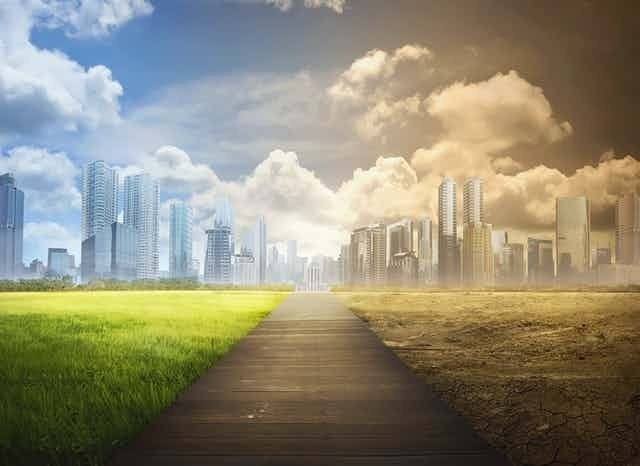 There are many reports based on scientific research that talk about the long-term impacts of climate change (increased levels of greenhouse gases, temperature and sea ​​level) by 2100. The Paris Agreement, for example, requires us to limit warming to less than 2,0 ° C above pre-industrial levels by the end of the century.

Since 1990 we have evaluated our progress through the scientific assessment reports of the Intergovernmental Panel on Climate Change (IPCC) and related special reports. The IPCC reports they evaluate existing research to show us where we are and what we need to do before 2100 to make the world livable. Most importantly, they tell us what could happen if we don't take action.

The recently published United Nations Assessment of Nationally Determined Contributions (NDC) warns that current promises by governments prepare us for very dangerous warming of 2,7 degrees Celsius by 2100: that means unprecedented fires, storms, droughts, floods and heat, and changes in the aquatic ecosystem.

One generation and the world will already be less livable

Although some climate projections look beyond 2100, these long-term projections are not factored into environmental decision making today. It's surprising, because people born now will be under 80 by 2100. My daughter will be 83 years old. What will the world be like for my grandchildren, his children. And for his grandchildren?

To understand, plan and communicate the full spatial and temporal scope of climate impacts in any scenario, even those complying with the Paris Agreement, researchers and policy makers they must look far beyond the 2100 horizon.

What happens from 2100 onwards

Will the Earth Stop Warming in 2100? If it doesn't, what does this mean for humans now and in the future? An initial open access research on Global Change Biology begins to answer these questions.

The researchers performed projections of the global climate model, modeling three possible scenarios. One scenario of low mitigation, one of medium mitigation and one of high mitigation which corresponds to the objective of the Paris agreement “well below 2 degrees Celsius”. They then observed the effects of these scenarios up to the year 2500.

The analysis was meticulous, as far as possible. The researchers even modeled the vegetation distribution, heat stress and growing conditions for our current major crop plants, to get an idea of ​​the kind of environmental challenges that today's children and their descendants may have to adapt to by the 22nd. Century onwards.

The race does not stop

In the model developed, the researchers found that global mean temperatures continue to rise beyond 2100 in medium and low mitigation scenarios. In such scenarios, the vegetation and the best growing areas move towards the poles and the area suitable for some crops is reduced. Places with a long history of cultural and ecosystem richness, such as the Amazon basin, can become arid.

Furthermore, heat stress can reach fatal levels for humans in tropical regions that are currently highly populated. Such areas could become uninhabitable. Even in high mitigation scenarios, sea levels will continue to rise due to the expansion and mixing of water in the warming oceans.

To portray what a low-mitigation / high-heat world might look like compared to the one we have experienced up to now, the researchers “took” nine photographs. Images from 1500, 2020 and 2500 from three different areas of the world (the Amazon, the Midwest of the United States and the Indian subcontinent). Here is what these nine photographs show.

An unlivable future? A land alien to man?

The cruel synthesis: between 1500 and today we have witnessed colonization and the industrial revolution, the birth of modern states, identities and institutions. We then started the mass combustion of fossil fuels and witnessed the consequent rise in global temperatures. If we can't stop global warming, the next 500 years and beyond will change the Earth in ways that will test our ability to live there. Particularly in the historically and geographically rooted cultures that give us meaning and identity.

The Earth of the worst projections is not liveable for man. The choice we face is to urgently reduce emissions, while continuing to adapt to the warming that we cannot avoid until now due to emissions.

Or begin to consider life on a different Earth, very different from this one. 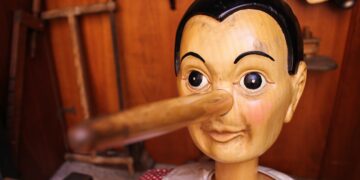 Forensic investigations, insurance practices and other applications: unreliable polygraph and other questionable methods. A new method finds lies and liars ...