Fridtjof Nansen, the leader of the first expedition to cross Greenland, once described what he found in the Arctic as "the great adventure of ice, deep and pure as infinity." Nansen, who made his journey in 1888, could not have known the wonders hidden beneath the frozen landscape under his skis.

Today, thanks to radar and other technologies, the part of Greenland that lies below its 3000-meter (9.800-foot) ice sheet is in focus. These new tools reveal a complex and invisible landscape that holds clues to the past and future of the Arctic. Here are 6 elements that have emerged over the years from various researches.

1 The longest canyon in the world.

Discovered in 2013, this canyon stretches for 740 kilometers (460 miles) from the highest point in central Greenland to the Petermann Glacier on the northwest coast. It is significantly longer than the longest canyon in the world, the Yarlung Tsangpo Grand Canyon (496 km) in China.

Parts of this canyon can carry melt water to the sea: it probably formed before the ice sheet and was once the channel of a giant river.

The canyon isn't the only rugged part of the landscape that hides beneath Greenland's ice. Decades of mapping the island using ice-penetrating radars (which are usually mounted on airplanes) have revealed mountain ranges and fjords beneath the ice sheet.

A map of 2017 of Greenland stripped of its ice shows a bowl-shaped depression in the center of the island. A circle of coastal mountain ranges surrounds this depression. The map revealed the topography at the base of glaciers flowing in Greenland, which can help scientists predict how fast glaciers will move under warming conditions and how quickly icebergs will unleash the ocean.

Hundreds of thousands or millions of years ago, before Greenland was covered in ice, it housed a gigantic lake, which in some places reached 250 meters deep. Its basin covers 7100 square kilometers (2700 miles), and was fed by at least 18 different waterways.

The lake floor may hold valuable clues to the Arctic climate in the distant past. Uncovering these secrets, however, would require drilling through the 1,8 kilometers (1,1 miles) of ice that now covers the ancient site.

The Greenland ice sheet also hides a landscape of jewel-like lakes filled with crystalline melt water. There are at least 60 of these small lakes, mostly clustered in northern and eastern Greenland.

The lakes range in size from 200 meters (656 feet) to 5,9 kilometers (3,7 miles) in diameter. Meltwater in these lakes can flow from the surface of the ice sheet, or it can melt due to friction from the movement of ice or geothermal energy from below.

Not all of the topography under the ice sheet is of terrestrial origin. Scientists have found at least two probable meteorite craters buried under the ice. Both are located in northwestern Greenland: one is located under the glacier Hiawatha, the other is approximately 183 kilometers (114 miles) from the first. This second crater is the 22nd largest impact crater ever found on Earth.

An ice core excavated during a Cold War-era attempt to build a nuclear weapons base has revealed perfectly preserved plant fossils dating back a million years.

“The best word to describe them is LYOPHILIZED,” he says Andrew Christ, lead author of a core study and lecturer in the Department of Geology at the University of Vermont at Burlington. “When we took them out and put in some water, they sort of reopened, they seemed dead yesterday”.

The core came from northwestern Greenland and the plants contained within may have grown in a boreal forest. Such a forest could only grow under largely ice-free conditions, suggesting that parts of the Greenland ice sheet may be much younger than researchers previously believed.

Research in Greenland continues, and there will still be many surprises in the coming years. 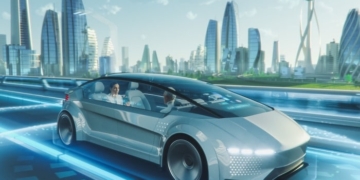 Devin Liddell shows us the future changes cities will almost certainly face in the coming years. How will the world change?