The IAEA team in charge of inspecting the situation in Fukushima strongly doubts that the timing of the remediation will be respected. 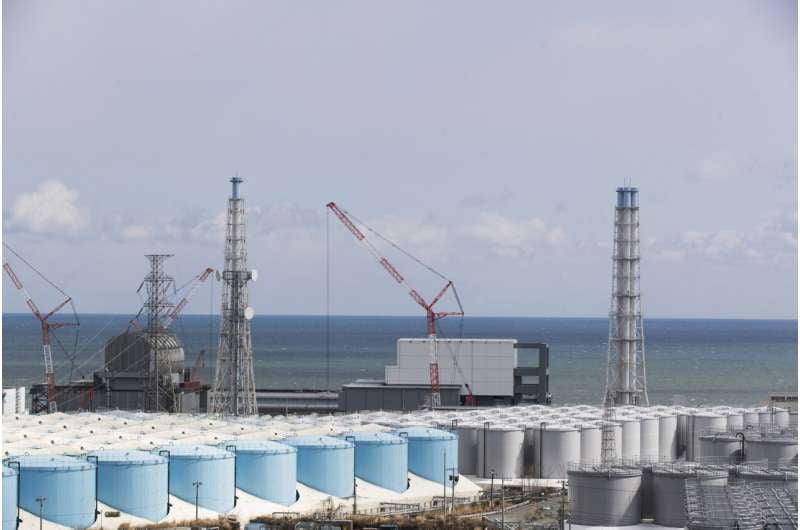 In this photo from February 2021, the Pacific Ocean in front of the units of the nuclear reactor No. 3, left, and 4 at the Fukushima Daiichi Nuclear Power Plant in Okuma City, Fukushima Prefecture, northeastern Japan. On Tuesday, August 24, 2021, the Japanese government adopted an interim plan that hopes to enlist the support of fishermen and other interested groups for a planned release into the sea of ​​treated but still radioactive water from the wrecked Fukushima nuclear power plant. The government decided in April to begin discharging water into the Pacific Ocean in the spring of 2023 after building a facility and compiling release plans based on safety requirements set by regulators Credit: AP Photo / Hiro Komae, File

Too little is known about the melted fuel inside the damaged reactors of the Fukushima nuclear power plant, even a decade after the disaster, to say whether its decommissioning can be completed by 2051 as planned. That's what he said last Friday Christophe Xerri, head of the IAEA Team, the UN's International Nuclear Energy Agency, which reviews progress in remediation of the plant.

Fukushima: more studies are needed, and as soon as possible.

The IAEA team urged Japan to accelerate reactor studies to gain a better long-term understanding of the decommissioning process of the Fukushima power plant.

A major earthquake and tsunami in March 2011 destroyed the plant's cooling systems in northeastern Japan, resulting in the melting of three reactors in the worst nuclear disaster since the 1986 Chernobyl accident. Government and service officials Japanese publics hope to end the decommissioning within 30 years, while for some experts the estimate is overly optimistic.

The biggest challenge is removing and managing highly radioactive fuel debris from the three damaged reactors, Xerri says. "We need to gather more information on molten fuel management and storage to know if the plan can be completed as planned in the next 30 years," he told reporters.

It is the fifth IAEA report on Fukushima

The uncertainty of the estimates may partly stem from the IAEA team's latest review, the fifth since the disaster. Due to coronavirus, the review was mainly conducted online. Only Xerri and another team member physically visited the facility before filing and submitting a report to the Japanese government.

In the report, the team notes progress in several areas since its last revision in 2018. These include the removal of spent fuel from a storage pool in one of the damaged reactors. Not only that: also the decision to start discharging into the ocean, from 2023, huge quantities of water (still radioactive!) Stored in the plant.

There are no remediation technologies yet

The reclamation of Fukushima is a question of the future, literally. There is more understanding of what happened, of course. On other things, however, a click is needed: economic resources are needed to seek and develop new technologies to reclaim Fukushima. Currently they are not ready, and the estimates are speaking of one or two decades.

You read that right: in 10 or 20 years we will have the technology to dismantle, then they will have to start doing it. It is indeed a long-term vision, and at present we are groping in the dark. Government officials and the plant operator, Tokyo Electric Power Company Holdings, have not even provided a clear picture of what the plant will look like after the remediation is complete.

In April, Japan announced that it will begin releasing large amounts of treated but still radioactive water that has accumulated at the plant after the accident into the sea. TEPCO announced Wednesday a plan to release the water offshore through an underground tunnel after further processing it to reduce radioactive materials to permissible levels.

The IAEA has agreed to help facilitate the dismantling of Fukushima and to cooperate in monitoring and implementing water disposal. A first IAEA mission on water disposal is expected to visit Japan in September.