A research team brings humanity closer to nuclear fusion achieved through the use of lasers. 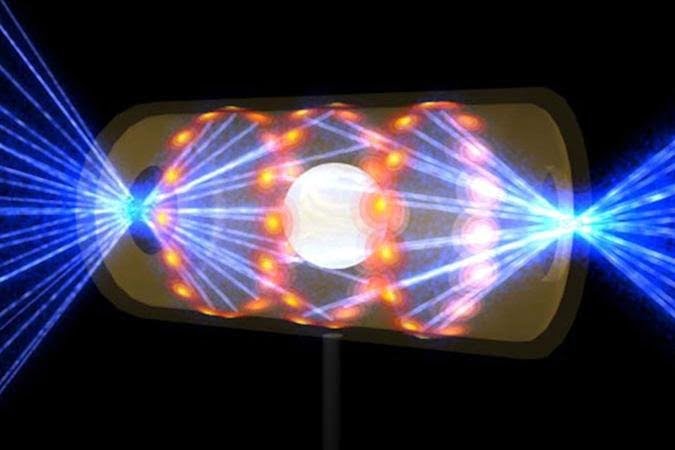 in Economy
⚪ Reads in 2 minutes

Scientists have just come close to a fusion power system that doesn't rely on reactors tokamak based on magnetic fields or on tortuous solutions.

Science magazine reports that a team of the Lawrence Livermore National Laboratory has reached a breakthrough in laser nuclear fusion energy by getting very close to the "ignition" phase that produces additional energy production.

The researchers triggered the event with an explosion of 20 nanoseconds from 192 laser beams pointed at a tiny sphere full of isotopes of hydrogen, deuterium and tritium, in turn housed in a small gold cylinder.

The laser beam vaporizes the gold, producing X-rays that implode the capsule and create fusion.

The experiment produced an ignition 70%, or 1,35 megajoules of 1,9 MJ from the laser. It's well below what a laser fusion power source would serve, but it is nonetheless eight times more powerful than the lab had done before.

Laser fusion: the next steps

It will take some time for the results to become compatible with mass use. The research team will have to further refine the process and achieve full ignition. There is also a big gap between achieving ignition and making a final nuclear laser fusion power system. We need to produce these fusion “bursts” at a speed close to 10 per second to harvest energy from the resulting neutrons.

However, the test shows that nuclear fusion based on this different approach is a much more realistic prospect than initially thought.

If there is further progress, the technique could work great.