The historical revisionism of the Nazis came to overturn theology as well. A purpose-built institute was building a future religion based on an anti-Semitic Jesus 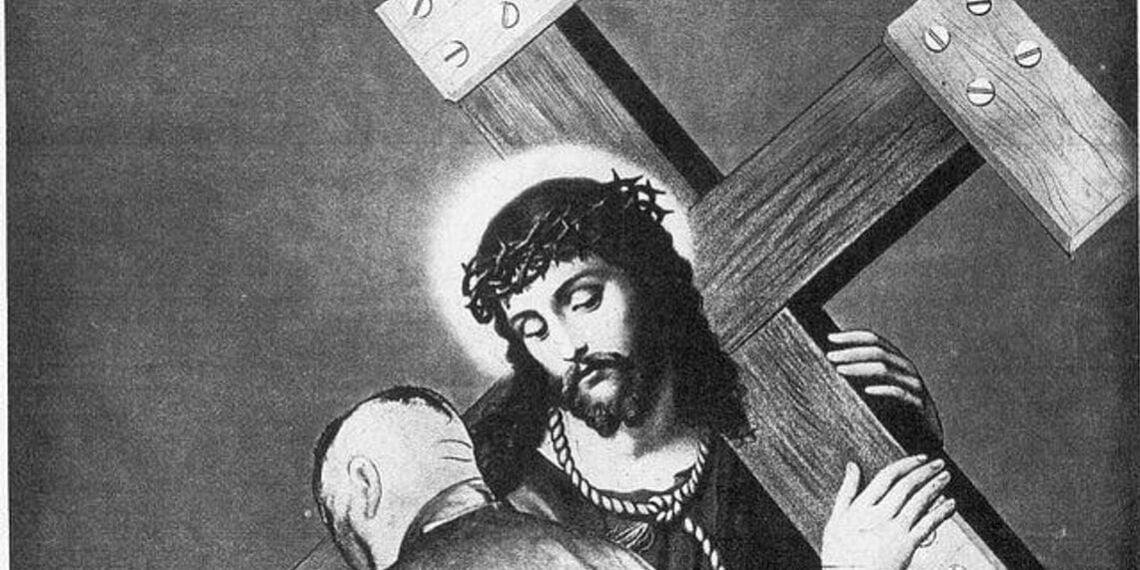 in The future of yesterday
⚪ Reads in 5 minutes

I don't know if I can find another way to say it, so I say it like this: the Nazis created a special institution to erase the Jewish presence in Christianity.

This institute came to produce a Bible that omitted the Old Testament and completely rewrote the New Testament.

The invention of an Arian Jesus

The rise of the Nazis in the XNUMXth century was a horrible by-product of the political, economic and social tensions of the time. It was also rooted in spiritual influences and even esoteric practices. Nazi philosophers and ideologues actively attempted to rewrite the history and established moral order of the world.

As Jews were scapegoated and obsessively persecuted across the Third Reich, Nazi leaders and theologians made an effort to turn the story of Jesus into anti-Semitic propaganda as well.

For this, an organization was created with the express purpose of inventing an Aryan Jesus and writing a Nazi Bible. In the texts "transfigured" by the Nazis, Jesus was portrayed as an Aryan hero of human origin who fought the Jewish people.

How the Nazis wanted to "overwrite" Christianity

Operational from 1939 to 1945, the so-called "Institute for the Study and Elimination of Jewish Influence on the Life of the German Church" was born with a specific purpose. That of "defending oneself against all Jews and hidden Jewish beings, who have exuded in Western culture over the centuries", as one of its protagonists wrote, George Bertram. According to him, the institute was dedicated not only to the "study and elimination of Jewish influence", but also had "the positive task of understanding one's Christian-German being and the organization of a pious German life based on this. knowledge".

The institute, based in Eisenach, was organized with the participation of eleven German Protestant churches. It was a consequence of the German Christian movement, which sought to transform German Protestantism by bringing it to Nazi ideals. The "visionary" ideologue behind the institute, Walter Grundmann, collaborated with the Nazi regime and later with the Democratic Republic of East Germany (GDR), in the notorious state security apparatus known as the Stasi.

The cross was not heavy enough. John Heartfield poster, 1934.

As detailed in "The Aryan Jesus: Christian Theologis and the Bible in Nazi Germany"of Susannah Heschel, the Nazis aimed to create the theological basis for the elimination of the Jews. The creation of the Institute was functional for this purpose. It was necessary to erase the Jews from Christian history and to transform Jesus into the most important and influential anti-Semite in the world.

For the Nazis involved, if the German struggle against the Jews was to be successful, Jesus had to be emptied of Jewishness

Following this logic, the institution of "de-Judaization" created the narrative of an anti-Jewish Jesus, making him bizarrely a follower of an Indian religion that opposed Judaism, as Heschel explains. Nazi theologians concocted a narrative that Galilee, the region where much of Jesus' ministry took place, was populated by Assyrians, Iranians, or Indians, many of whom were forcibly converted to Judaism. Jesus, therefore, according to this narrative was actually a secret Aryan, opposed and killed by the Jews.

The Bible of the Nazis

In the version of the Bible produced by the institute, the Nazis "omitted" the Old Testament. And they completely revised the New Testament. In the Nazi view, he presented a completely new genealogy for Jesus, a genealogy that obviously denied his Jewish roots. Jewish names and places were removed, and any references to the Old Testament were changed to negatively represent Jews. Jesus was portrayed as a military-type Aryan hero who fought the Jews while playing like a Nazi.

By manipulating the theological and moral teachings of Christianity, the theologians of the Institute wanted to legitimize the Nazi conscience through Jesus.

The Nazis also devoted themselves to revisions of Christian rituals. They underestimated miracles, the virgin birth, resurrection, and other aspects of Jesus' story. They portrayed Jesus as a human being who had fought for God and was dead. Killed by the Jews.

In short, the Institute totally shifted Christian attention. From the humanity of God to the divinity of man: the Fuhrer as the individual Christ, the German Volk as the collective Christ and Christ as the mortal adversary of Judaism.

Besides the spread of lies, one of the most disturbing facts about the institute is that some of the most prominent German theologians eventually embraced the Nazi view and contributed to the Jewish Holocaust.

And when it was all over, so to speak, many of the theologians involved returned to their church life as if nothing had happened.