Wing, the division of Alphabet dedicated to deliveries with drones, has shown to have run in the service very well. We will have the skies full of these "things". 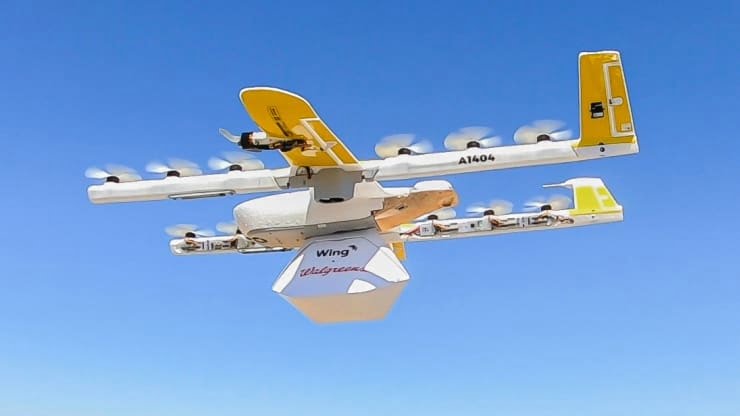 Alphabet's drone company, Google's "mom" (among others), is called Wing. And only in the last year, only in the city of Logan in Australia, has it delivered 10.000 cups of coffee, 1.700 packs of snacks and 1.200 roast chickens to its customers.

That's what I read from the company's blog, which last Wednesday pulled out a post with this data.

Wing was initially launched by Alphabet in 2019 in Australia, following a series of drone tests that lasted over 5 years. The service, which was initially part of Alphabet's experimental research division, allows users to order items (food, but also drugs) via a mobile app and it is rapidly approaching 100.000 deliveries since the service started.

Alphabet aims for a global air delivery network, and is in good company

Alphabet hopes with Wing to one day deliver products to people around the world. A goal to be achieved, therefore, without having to rely on drivers or delivery trucks like other companies. It's why UPS, Uber and Amazon are also working on drone delivery.

Microbots successfully eliminate pneumonia from the lungs of mice

We will have beautiful skies full, 10 years from now: In 2019, Wing became the first drone delivery company to gain approval from the United States Federal Aviation Authority. This allowed Alphabet to start delivering (and gain a robust competitive advantage). Amazon, which has launched an initiative called Prime air in 2016, it received FAA approval just last year to deliver packages beyond the line of sight of a drone operator.

Wing currently operates in the United States, Finland and Australia. Alphabet said it will announce new cities and partners in the coming months.