An innovative active camouflage system can change branch research, and has given birth to a chameleon robot that behaves like the real thing. 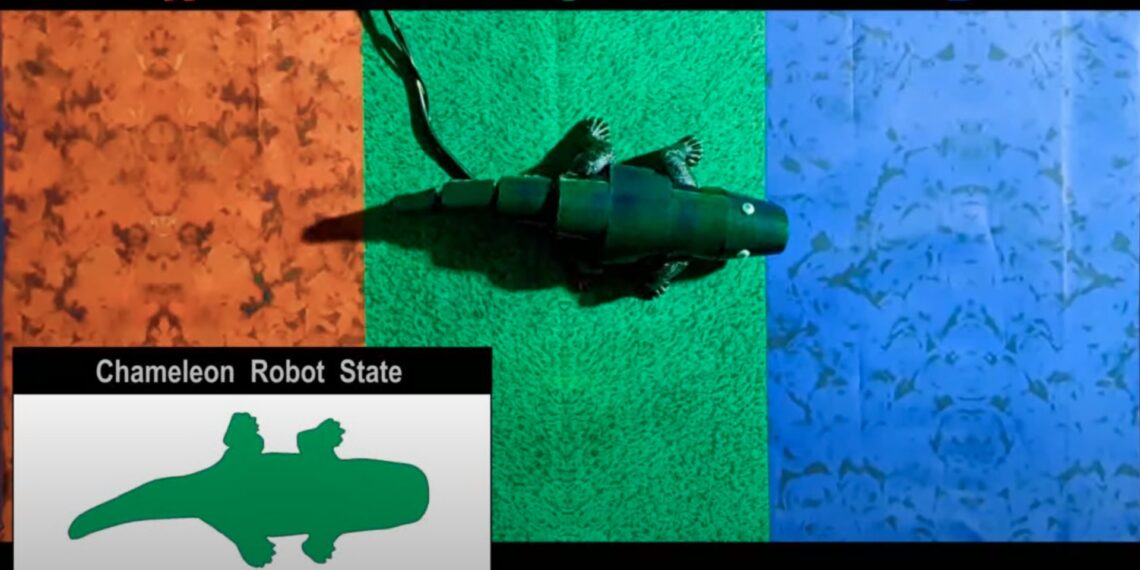 A team of Korean researchers seems to have cracked the code for rudimentary "cloaking". An active camouflage technology that can automatically blend into its surroundings in real time.

The flexible, color-mimicking technology is durable and sensitive enough to help a chameleon robot blend in with its surroundings, just like a real chameleon. The results of this interesting research were published this week in the journal Nature Communications.

To prove the system works, the researchers posted a video of the chameleon robot (complete with cute googly eyes) changing color. The device casually switches from red to blue and green as it moves across different monochromatic surfaces.

It's a preliminary stage technology, sure, but it already represents a significant step forward in camouflage research.

This is not the first attempt to develop active camouflage. Again, however, this experiment takes a different approach than other systems. Systems that often try to place as many colored pixels on a surface as possible, something the researchers describe as "exceptionally challenging" from a technological point of view.

None of this: in this sense the little chameleon robot represents an exciting change of gear.

Its material consists of several overlapping layers of displays that change color, taking advantage of nanotechnological sensors to detect and display the colors of the surrounding environment.

The future is multicolored

Unsurprisingly, this “chameleon” camouflage technology has already been considered for military applications - armed forces across the planet have been chasing these things for decades. A "chameleon soldier" is like the philosopher's stone for military research. And indeed ...

In the near future, Ko envisions a "chameleon world" in which we could buy clothes that change color or pattern based on context, or personal taste.

In a few years, automation will begin to disrupt the world's societies (again). And the changes will bring an unpredictable future ....