Palm oil, the much maligned product. Does it really hurt? Can it really be grown sustainably? What does it bring to the future of the world? 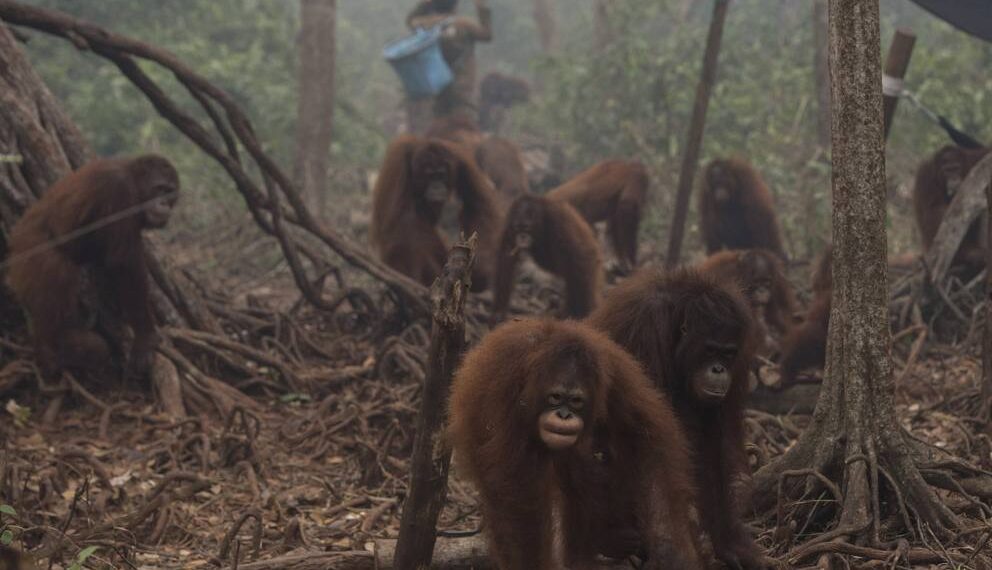 Palm oil is one of the most controversial and criticized products on the planet. It is used to make food (including Nutella) and beauty products, as well as as a biofuel.

Many people have chosen to boycott palm oil for environmental and animal welfare reasons. But can a vegetable oil really be that immoral? Let's take a small step back first.

What is palm oil?

Palm oil, which comes from the fruit of oil palms, is the most consumed vegetable oil on Earth. It is typically used as an inexpensive alternative to butter or hydrogenated vegetable oils found in foods such as chocolate, instant noodles, and packaged bread.

In 2019, The Guardian newspaper reported that at least one palm oil derivative is also found in 70% of personal care items such as shampoo, soap and make-up.

The orangutan is less than 10 years old from extinction

Where does palm oil come from?

Oil palms are native to Africa but were brought to Southeast Asia more than 100 years ago. According to the WWF, more than 40 countries produce palm oil, but 85% of the world supply comes from Indonesia and Malaysia.

Palm oil production has skyrocketed in recent decades. Now we produce them 71 million tons per year, 35 times more than we produced 50 years ago.

Why is this oil problematic?

Greenpeace claims that palm oil is "part of a faulty global food and agricultural system". Palm oil is a source of significant deforestation, especially in Indonesia, which is home to 10% to 15% of all known mammals, birds and plants.

According to a Greenpeace report, in the 2019 857.000 hectares of land were burned in Indonesia. These activities are the main source of greenhouse gas emissions in Indonesia: they also threaten ecosystems by contributing to the loss of habitat and ultimately biodiversity.

And we come to the question of orangutans

Second The Orangutan Project, nearly 80% of the orangutan habitat has disappeared in the past two decades. And now, over 50% of orangutans live in unprotected forests managed by palm oil, timber and mining companies.

Palm oil is the leading cause of extinction for endangered orangutan species.

Sumatran tigers, which suffer from palm oil production, are also reduced to just 400 individuals. And then the pygmy elephants, and then the Sumatran rhinos ... Many species are at risk.

Can palm oil be sustainable?

People are divided over whether palm oil can also be produced sustainably.

Oil palms are an efficient crop - they produce more oil per acreage than any other vegetable oil equivalent.

Also, palm oil it supplies 35% of the world demand for vegetable oil using only 10% of the earth.

How can these advantages be put at the service of the environment? There Roundtable on Sustainable Palm Oil (RSPO) is the largest association in the world for the ethical production of palm oil. It has developed a set of environmental and social criteria that companies must meet to receive the Certified Sustainable Palm Oil (CSPO) label. The criteria include fair working conditions and wages and the protection of land and the rights of local communities.

According to the RSPO, areas rich in biodiversity and endangered species are under "strict protection". It's true?

"Sustainable palm oil is a scam"

A 2020 study evaluated the sustainability of all 78 plantations in Indonesia and 173 in Malaysian Borneo certified by the RSPO.

In the case of palm oil sustainability, if you have an already established plantation with small remains of degraded forest, and you start certifying it based on what the area is right now, you will never find any signs of environmental impacts later.

"This means that the creation of sustainable plantations after deforestation (legal or illegal) took place no more than 30 years ago," said Cazzolla Gatti. "Despite a recent history of habitat degradation, they are certified with a" sustainability "label.

Others echoed this sentiment. A post on Greenpeace Aotearoa (Aotearoa is New Zealand's current Māori name) claims that "certified sustainable palm oil is a scam". Greenpeace USA has called on companies to end their trade with any supplier responsible for the destruction of the ecosystem. It also urged them to publish land ownership maps of product groups and to make their supply chains transparent. Will they do it?

While waiting to know, if you want more information on palm oil and orangutan populations, visit The Orangutan Project.