I often wonder how, in the future, we will look back and think about the present. What changes will allow us to say "before it was worse"? 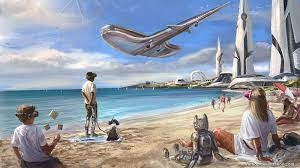 Between now and 2050 there are many changes we could see.

There are certainly changes in which we would invest a lot today, only to discover that they will be marginal. But there are also changes that will surprise us, and that today we do not even imagine.

I try to think about some of these after taking a look at an article in the Sydney Morning Herald from a couple of days ago, What we do now that will be unfathomable by 2050.

Many real estate agents reflect on the future value of properties with parking. They are not completely wrong: if (when?) Autonomous vehicles become the norm, parking lots will lose value.

To the point of becoming obsolete? Someone like the futurologist Ross Dawson thinks so. He thinks self-driving cars will completely eliminate the need for parking in the future. "I would say that parking is probably, and hopefully, one of the things we will see in the future as a great waste of the past, and it will seem astounding."

The idea is that self-driving cars will be rented rather than owned and won't need parking because they just… don't park. This would be one of the minor changes.

On this point it is possible to formulate two hypotheses:

One is that at some point we will be horrified that we have allowed to do damage to drunk, tired, distracted and incompetent drivers on the roads. 1,35 million people killed on roads around the world last year alone, including over 200.000 deaths in China and as many in India. It is in the top 10 of causes of death in the world, and in Italy it claims over 3000 victims every year.

We will also see with horror the human costs of car pollution, and perhaps laugh at the absurd need for more per family, almost one per person.

Others changes in habits

When we basically switch to autonomous cars, we will need a fraction of the parking spaces we currently have. What will we do useful with the numerous parking lots scattered throughout our cities? Imagine trees, nature and parks instead of rows of cars on either side.

There are many other things that we might look at in horror, as most of us do for smoking in restaurants and workplaces and on airplanes, buses and trains, phenomena in the memory of so many.

Many of our carbon emissions behaviors will be relegated to a "scary past" by future changes.

The burning of low-quality coal. Cars powered by petrol. The widespread deforestation, not to mention the reluctance to take substantive steps to improve.

The extent of the slaughter of animals for food it will probably seem disconcerting. Every year they are slaughtered as well 50 billion chickens, 1,5 billion pigs and half a billion sheep, too often in unsanitary conditions or at the height of miserable lives.

I suspect we will look at our current one with disbelief Spanish education system, when we can move from the legacy of institutional indoctrination to cultivating the unique potential of children.

I hope that we will look back at our structures of representative democracy with dismay, but this depends on our creating changes that bring a better future for democracy, which is by no means a foregone conclusion.

Undoubtedly there are many other changes, other activities and social structures accepted today that we will look at in horror in the future.

My “seaside” notes of today end here. Do you have something in mind? 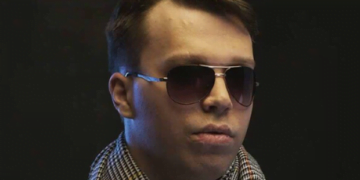 He was disfigured at 14: today Evgeny Nekrasov sleeps 2 hours a night, has an illegally implanted chip and is ...