Modern science rediscovers amaranth, an ancestral plant dating back to the ancient Maya, and its incredible properties. 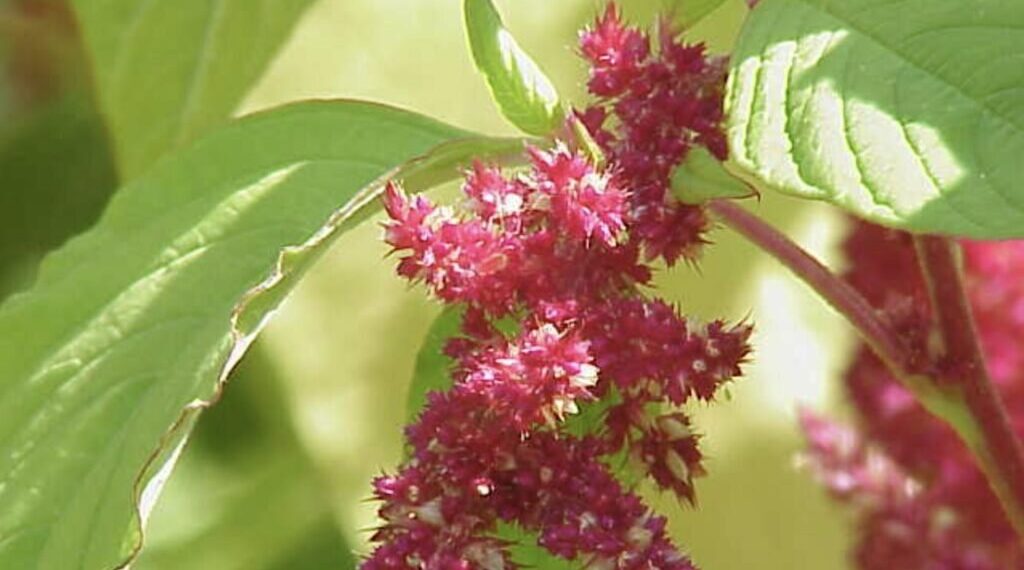 A humble but potential superfood could replace nutrient-deficient grains throughout the developing world. His name is Amaranth, and he wasn't born yesterday. The first farmers of the grain called Amaranth were the Maya peoples of Central and South America, always ahead of their time. It was also cultivated by the Aztecs.

When the Spanish conquistadors arrived in the 1600s, they threatened anyone who saw amaranth grow, because the spiritual connection they had with the plant was thought to undermine the Christianity. Today, free from such persecution, the descendants of Mesoamerican peoples across Latin America are bringing this once common crop to the attention of world markets.

Very briefly: amaranth is source of all nine essential amino acids, as well as several key minerals such as iron and magnesium. How to define it? Amaranth is a pseudo-cereal: it is found somewhere between a seed and a grain, such as buckwheat or quinoa, and does not contain gluten.

Everywhere and in all ways

Today amaranth is grown and marketed in every way. We find it in high-end products for the beauty industry, in essential oils and health food stores, in remote places like South Asia, China, India, West Africa and the Caribbean.

With nearly 75 species in the genus Amaranthus, some species of amaranth are cultivated as leafy vegetables, others for wheat, still others even as ornamental plants to be placed in the garden.

Clusters of densely packed flowers and stems grow in a range of striking pigments, from brown and crimson to ocher and lime, and can grow from 1 meter to 2,5 meters tall (3 to 8 feet tall).

Total value, since the 70s, when amaranth started appearing on store shelves, has grown out of all proportion in a global trade which is now worth $ 5,8 billion.

Many are convinced: amaranth has the potential to feed the whole world.

Much of the traditional methods of growing amaranth, which involve saving the seeds of the best plants, have created a seriously resilient crop. A 2010 New York Times article detailed the rise in weeds resistant to Monsanto herbicide “Roundup,” the infamous glyphosate subject of great concern for its cancerousness. Well: amaranth, considered a weed by some, shows such resistance.

Organizations like Qachoo Aluum in Guatemala (a Mayan word meaning "Mother Earth") they sell these ancient amaranth grains / seeds on their website. Not only that: they host seminars to help indigenous communities regain food security through ancestral farming methods.

Regaining is a key word here because government forces have persecuted the Mayan population and burned their fields. Farmers used to store amaranth seeds in secret jars buried underground.

Qachoo Aluum now has more than 400 families from 24 Guatemalan villages, who each year share their ancestral knowledge of cultivation with mainly indigenous and Latin-speaking garden centers.

Amaranth has completely changed the life of families in our communities, not only economically, but spiritually

Who can point on this food, could find it the protagonist of the near future. A future, needless to say, all amaranth.

Jeff Bezos: “it's time to go back to the moon”. Amazon comes into play with Blue Moon

A robotic spacecraft the size of a house, equipped with 4 different rovers, just to bring up the necessary: ​​in the ...

"Seaside" notes on the future: the changes we do not expect