Singapore is small, but how polluting! Luckily, she's just as determined to fix - this crazy floating solar system is just a taste. 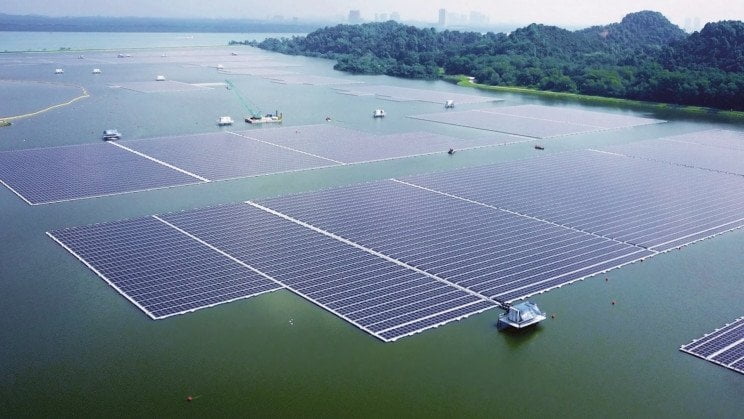 The National Water Agency of Singapore announced in a press release the launch of a huge floating solar plant on the Tengeh reservoir.

A "lake" of sunshine

The plant consists of 122.000 solar panels arranged on an area equivalent to about 45 football fields. With this truly remarkable size and its 60 megawatts peak (MWp), it is now officially the largest floating solar plant in the world.

The project was implemented as part of Singapore's goal of quadruple solar energy capacities by 2025, to do its part against the global climate crisis.

To give you an idea, Singapore is less than half the size of the city of London. It does not have many territorial resources (to the point that it is developing its agriculture through vertical and / or underground greenhouses). There is also no space for old-fashioned photovoltaic solutions, which is why over there they thought of waterways.

Despite its size, however, Singapore is one of the largest CO2 producers in Asia. Not bad, huh? It is urgent to run for cover.

The press release states that the electricity generated by the solar plant will be sufficient to power Singapore's five local water treatment plants. This would compensate about 7% of the annual energy requirement of the entire Singapore National Water Agency. Let me make it even clearer: it is the equivalent of 7000 fewer cars on the road and 32 kilotonnes of emissions each year.

Construction of the floating solar plant began in August 2020. Due to the constraints of COVID-19, a "new engineering and construction technique" was devised. Among the measures, a sort of "frame" made to measure that allowed to pre-assemble the solar panels up to 50%.

For verification of the installation? “Sensor drones” were used that are able to pick up signals from photovoltaic modules and precisely identify any problems caused by the new production process.

The floats used in the solar system are made of high density polyethylene (HDPE), which is recyclable, resistant to UV rays and corrosion. The solar panels themselves are attached to the bottom of the reservoir using chains and concrete blocks.

It is not the only solar plant planned in Singapore

Singapore authorities also recently cleared the construction of a 13.000-panel solar plant that will extend off the coast into the Johor Strait, which separates the island state from Malaysia.

They are stubborn people in those parts. 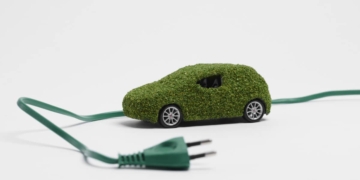 The electric car as a panacea for all ills? This is not the case, and more is needed to solve the problems of our ...

It's confirmed: ultra-processed foods make you fat, but we don't know why