A new mode of electric transport that combines efficiency, tourism and sustainability: the suspended train can become standard. 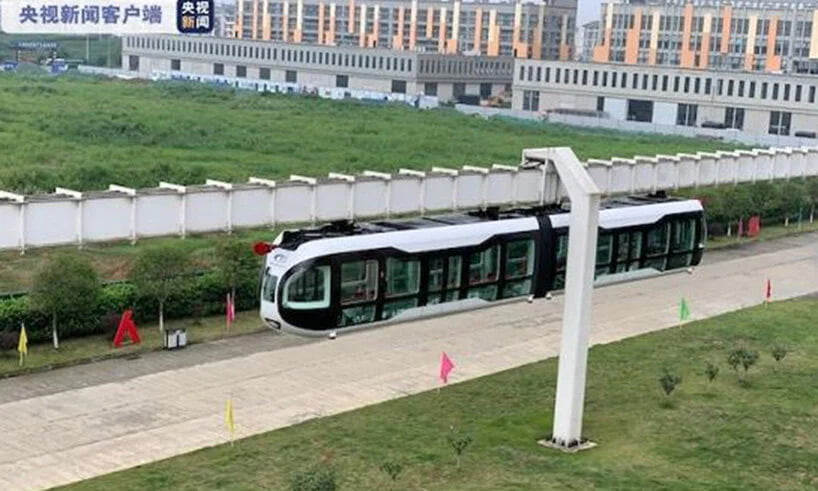 Located in Chengdu, the capital of China's southwestern Sichuan province, Dayi's rail project involves a train suspended on a monorail.

Suspended in the air and open on several sides

The vehicle works using a lithium battery as traction power. Through its three-sided glass panels (including the floor) that offer 270-degree views, users of the suspended train will be able to enjoy incredible views while traveling sustainably.

The China Dayi Rail project is the world's first suspended and renewable energy project and can travel at around 80 kilometers per hour (50 mph). It has a maximum capacity of 120 people per car and aims to become not only another means of public transport, but also a tourist attraction, connecting places with a relatively low passenger flow. It currently runs 11,5 kilometers and has four stations that connect the city's important tourist points.

"The new generation of vehicles weighs about 2,5 tons, 0,5 tons less than traditional vehicles and has the lowest weight coefficient in the industry," said Zhong Min, deputy general manager of Zhongtang air rail, in a interview with a local newspaper.

A solution that could lead the way to other local transport routes with a tourist vocation. Shorter sections (for now) and suitable for many stops, to offer passengers the convenience of a suspended "en plein air" journey, and the environment the advantage of a zero-emission vehicle.

I would take a ride today, even yesterday. Where is the ticket made?