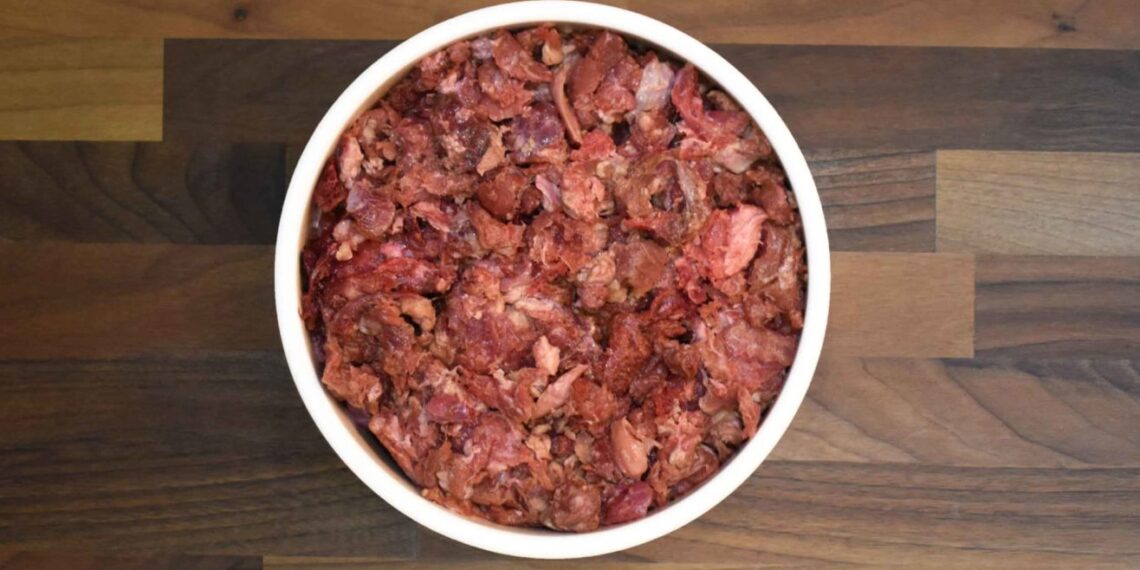 New research has found that raw meat dog food contains "unexpectedly high" levels of bacteria, including variants resistant to antibiotics. Experts warn that the problem is an international risk to public health.

The researchers tested the presence of Enterococci in dog food from supermarkets and pet stores. The dog food samples were all from Portugal, but most of the brands reviewed ship worldwide.

Enterococci are usually present in the intestine, but if they spread to other areas of the body they can lead to serious infections, including oral, abdominal, urinary infections.

More than half (54%) of the samples contained Enterococci. Furthermore, more than 40% of the bacteria were resistant to the following antibiotics: erythromycin, tetracycline, quinupristin-dalfopristin, streptomycin, gentamicin, chloramphenicol, ampicillin or ciprofloxacin.

The doctor Ana R. Freitas, researcher in the study, he says it bluntly: “The close contact of humans with dogs and the marketing of the brands studied in different countries are an international risk to public health.

European authorities need to raise awareness of potential health risks when feeding raw meat foods to pets. The production of dog food, including the selection of ingredients and hygiene practices, must be completely revised. Dog owners should wash their hands thoroughly with soap and water after handling and feeding pets.

Wild earth, another company that produces vegan kibble for dogs with Koji-based cultured proteins points out another factor. Raw meat dog food is at risk of containing drugs used for euthanasia of slaughtered livestock.

Wild Earth CEO and cofounder told The Wall Street Journal that most major dog food brands have leftover "4D" animal meat (dead, dying, sick or disabled) so it could really be any. thing.

For years, panoramic photos have been the prerogative of Reflex cameras and a good amount of work to connect ...