The beer, transformed into a concentrate of aromas and alcohol, can be rehydrated to greatly reduce the environmental impact. Will you drink it? 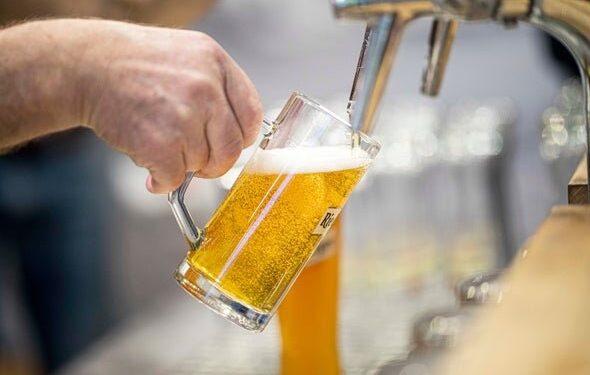 The CEO of Heineken announced the company's commitment to achieve full carbon neutrality by 2040. Other manufacturers follow suit. In summary: one of the oldest industries is scrambling to become (very quickly) greener. How to do? An increasingly mentioned possibility of reducing the carbon footprint of the drink is to temporarily remove water (90% to 95% of each beer).

Beer (temporarily) without water: why?

In addition to agriculture and refrigeration, many beer-related emissions come from transporting kegs and other bulky containers to the market. And the existing logistical infrastructures, you know, are not very green. “We can't go out there and change the look of transportation,” he says Katie Wallace, director of social and environmental impact of New Belgium, a leading US craft beer. This is why brewers are exploring new "creative" technologies to reduce shipping needs. One possibility foresees, as mentioned, the production of the drink in concentrated form, with water to be added at a later time.

A company called Sustainable Beverage Technologies (SBT) He developed BrewVo, a machine that produces a version of beer with much less water than usual. The system uses a “nested fermentation” process to produce a sort of “beer concentrate”.

How does the machine for producing "concentrated beer" work?

First, the machine produces a standard beer. Secondly, it removes the alcohol and finally adds a new batch of wort (the sugary liquid extracted from the cereal slurry) to produce further fermentation. This process is repeated several times, resulting in a viscous concentrate that, according to the company, is much more aromatic than a fully hydrated beer. This concentrate and the removed alcohol can then be stored in two separate bags and placed in recyclable boxes for shipping. After transportation, water is added: the bag with alcohol is remixed in the concentrate or left out in case of non-alcoholic beer.

“Concentrated” beer packages are one sixth of the weight and volume, and eliminate much of the greenhouse gas emissions associated with packaging, shipping and refrigeration.

The greater density compared to cans or bottles allows you to transport even more beers for each shipment. Second Pat Tatera, founder and chief technology officer of SBT, concentrates travel in a way eight times more efficient than kegs. And they can be frozen without affecting the final product.

It is not the only device under test

The Swedish company Alfa Laval also has a car called Revos (produced in collaboration with MIT) which uses reverse osmosis to concentrate already brewed beer, as well as wine or cider.

This technique has long been used to filter out contaminants by forcing liquid through a membrane with extremely small pores. But in the Revos machine, the high pressure and low temperature process removes the water from the beer leaving a concentrate of alcohol and flavors. Its inventor, engineer and businessman Ronan McGovern, states that such concentrates are about five times more efficient to transport.

How do you go back from a concentrate of alcohol and aromas to a "normal" beer?

When a beer concentrate reaches its destination, another specially designed machine prepares it for consumption. SBT and Alfa Laval have their own proprietary tap systems that add filtered water and bubbles to the drink. The SBT system can adjust the alcohol volume of each individual drink. In other words, it is possible to drink the same version of beer by deciding how many degrees it contains: it can be an interesting option for alcohol consumption. Once brought back to the state of beer, the drink can then be stored locally in kegs, bottles or cans.

I know, connoisseurs rightly wrinkle their noses. A similar system to this is used to transport soft drinks in syrup form as well, but beer is a much more complex drink. It has a culture, a huge history: 2.0 brewers have to prove that beers produced from concentrates are as good as traditional ones, and it's not easy.

However, the first steps have been taken: a non-alcoholic beer produced with BrewVo has already won two awards at sector fairs in the last two years, also finishing in front of some established craft breweries.

And there is no shortage of enthusiastic "evangelists" of this ecological solution.

While winning a couple of competitions indicates that BrewVo can make quality non-alcoholic beer by playing with traditional ones, what about alcohol? Can alcohol removed and then added back consistently produce equally tasty full strength beers?

Yet the advance of concentrated beer continues: the two machines (BrewVo and Revos) are available to commercial producers, and the creator companies ensure that the breweries recover the money spent to buy them in one to three years. How long will it take before such a standard begins to appear in a relevant way on the market?

Of course, there are other ways to make the transport process more sustainable. Systems that ensure that glass bottles are actually reused, instead of ending up in landfills, for example. Unfortunately, this is the end that almost two thirds of glass products are currently facing.

Whether they are extensive logistics reorganizations, or concentrates of alcohol and flavoring, the packaging and shipping of beers is the last mile of sustainability: we also need to solve this problem, and quickly.

If in doubt, enjoy (in moderation) the traditional beer, there is no certainty of the future :)

While the Bel Paese is struggling between economic reforms and new political pressures, yesterday ...