Airlander 10 is the promise of a grand return to helium aviation. The company has already planned the first routes for 2025. 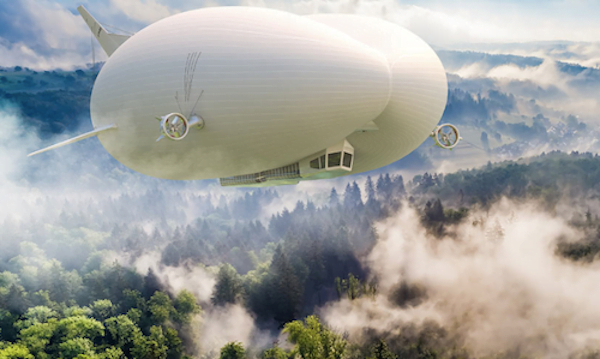 A sustainable, capable, flexible and economical aircraft. This is how the British company Hybrid Air Vehicles defines its latest creation: the Airlander 10.

With the ability to reach a maximum altitude of 6.000 meters (20.000 feet) and the ability to stay airborne for five days straight, it could be a new arrow to the bow of civil, commercial and (possibly) military aviation. It could take travelers to some of the wildest places on Earth, or deliver equipment to remote mining operations and communities, or to disaster-stricken areas.

Airlander 10 is, squeeze tight, a hybrid aircraft, powered largely by helium and its buoyancy properties. Using helium also reduces fuel consumption, making it much better for the environment. In summary, it is an aviation "manifesto" that combines electric and fuel engines: and already so, boasts a reduction of up to 75% in carbon emissions compared to traditional modes of air travel, with the aim of bringing it to 100% by 2030.

The aircraft uses four engines, but in flight two are stopped, resulting in reduced noise and fuel consumption. But don't worry, obviously the plane is capable of landing with two of the four.

Comfortable and stylish: an airship that made it. Or that he will make it.

Airlander 10 isn't just beautiful on the outside - a recent announcement reveals the comfortable cabin design. It's an airy, comfortable 100-seat space with plush armchairs and offers a joyful amount of legroom and luxurious floor-to-ceiling windows to take in the view - no more cramped aisles and tiny cabin windows. Luxury aviation.

“On Airlander, the whole experience is enjoyable, even fun,” he says George Land, director of commercial business development, in the announcement. "And in hybrid electric and future all-electric configurations, Airlander fits our future of decarbonised aviation."

When do you start?

We are not far away: two years ago (pre-Covid era) it was all planned for 2024. I told you about it here. Some obvious delay caused the launch to be postponed, but only slightly. The company has already planned routes for the city tour for 2025. Early journeys include flight experiences from Liverpool to Belfast in five hours and 20 minutes, from Oslo to Stockholm in six and a half hours, and from Seattle to Vancouver in just over four hours.

More than aviation, I would say flying cruise. What are you doing? Climb aboard? Hindenburg seems far away. 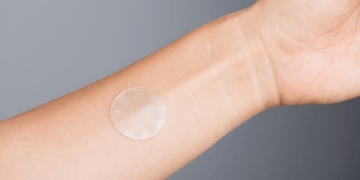 A patch that "mimics" cacti is effectively able to collect sweat where other sensors fail, allowing analysis ...