Covid (and the irony of fate) did not stop the advance of bacteria in the restoration of some of Michelangelo's great works. 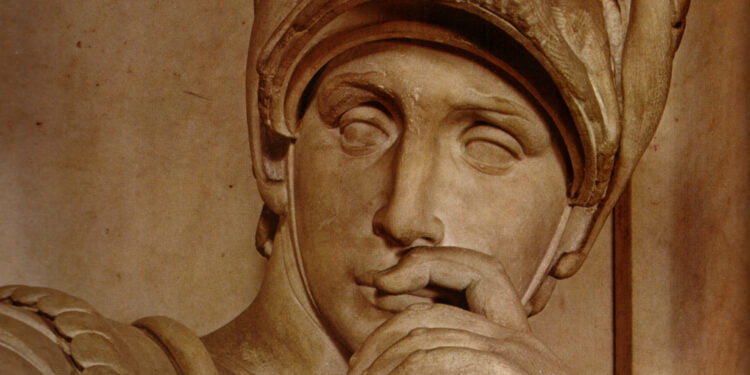 The stains on Michelangelo's marbles are a very long, ironic revenge of history after the crime of 1537.

That year, on January 6, the Duke of Florence Alessandro De 'Medici was attracted by the promise of meeting a beautiful widow and attacked by his cousin (Lorenzo De' Medici) and a hitman, who stabbed him to death. After his assassination, the former ruler of Florence was apparently left to rot in his father's tomb.

A degradation that, as in the painting by Dorian Gray, is now reflected in the statue of Michelangelo that portrays Lorenzo.

Even this mocking twist of fate, however, cannot compete with our most formidable restorers: bacteria.

The Medici family ruled Florence and the church, a bank-backed hegemony that spanned centuries that practically sponsored the Renaissance. Such a powerful family also guaranteed a powerful place for eternal rest. The Medici Chapel was commissioned to Michelangelo, whose sculptures adorn the sarcophagi.

The cleaning of persistent dirt and stains in the Medici Chapel began before COVID. In November 2019, the Italian National Research Council found out what was behind the dirt. Anna Rosa Sprocati, a biologist at the Italian National Agency for New Technologies, has chosen the 1.000 most promising to be tested against stains from her catalog of over 8 bacteria.

The work of bacteria on Michelangelo

The selected bacteria began to "operate" on the tomb of Giuliano De 'Medici, Duke of Nemours. Embellishing the Duke's tomb are the personifications of Night and Day. Bacteria began successfully by "washing" the hair and ears of the Night.

Construction stopped until mid-October 2020, when the team returned and released a bacterium called Serratia ficaria SH7 on Alexander's stained tomb.

"SH7 ate all night," they say Monica Bietti, former director of the Museum of Medici Chapels, and the restorer Marina Vincenti.

Italy loves bacteria (the good ones, I mean)

Italy is particularly fond of bacteria. Not only Michelangelo: the logs that gulp down sulfur have cleaned up the "black crusts" from Milan Cathedral, working much better than a chemical treatment.A fresco on the dome of a Pisa cathedral and a cemetery near the Leaning Tower have been cleared of pollutant-eating bacteria.

They are also excellent "environmental guardians"

The strains with which Sprocati began cleaning Michelangelo's works are excellent in environmental cleaning, eating oil in spills and detoxifying heavy metals. They did a great job, for example, to reduce the oil spill of BP's Deepwater Horizon, the largest in history.

Anyway, the bacterial army of the Medici Chapel did its job.

Tourists will admire the pensive gaze of the bearded twilight sculpted by Michelangelo, the rise of his dazed Alba and the tomb of Lorenzo, now finally freed from the "dark remains" of Alexander. 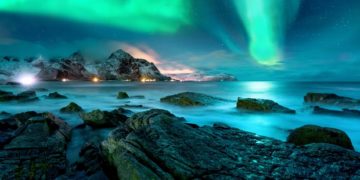 Glaciers in the Arctic recede and reveal new islands: in recent years the phenomenon has affected dozens of "emerged" lands ....