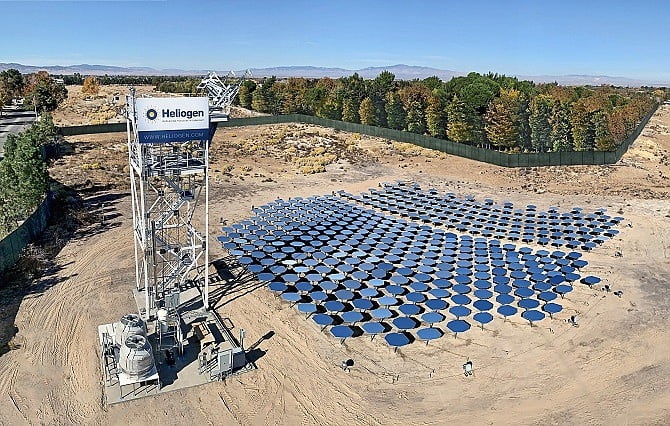 A new advance in concentrated solar energy makes temperatures of 1500 ° C (2.700 ° F) possible from nothing but sunlight.

The heat produced by concentrated solar can be used to produce electricity and clean fuels or to power industrial processes.

A technology that can help rid the world of oil.

The need for clean, coherent and renewable energy sources has never been more pressing. Rising energy prices threaten to restart inflation and slow economic growth. Control of fossil fuels has already caused wars and could cause new ones. Fossil fuels continue to create greenhouse gas emissions, making it difficult to solve the problem of climate change.

While renewable and low-carbon energy sources are being used more than ever, none of them are perfect. Solar and Wind are very clean and always cheaper, but they have an energy storage problem. The batteries needed to store that energy require rare earth metals, complex to extract and increasingly in demand. Hydropower is large, but it can have negative impacts on the river ecosystem. Nuclear is still difficult to sell.

It is in this scenario in which the world looks for ways to produce a lot of energy or solve the problems of the sources that we have that the story of Heliogen is born.

Heliogen is a renewable energy technology company founded by the entrepreneur Bill Gross. He takes a new approach to an existing model: he aims to make a "concentrated solar" with a giant and extremely precise magnifying glass and some really hot rocks.

In Lancaster, California, a town in the Mojave Desert, Heliogen has built a miniature version of its solar refinery. A concentrated solar system is nothing new. It has been operating commercially since the 60s, and its first uses date back to Archimedes, to burn the Roman fleets. However, this type of system improves concentrated solar power in an incredible way.

How is a Heliogen implant made?

Essentially these are many mirrors arranged in a circle that reflect sunlight on a high target. Concentrated solar energy uses sunlight to heat that target (which could be water, molten salt, or even something solid) to very high temperatures.

When this heat is used for something other than electricity generation, it is called concentrated solar thermal energy.

Heliogen's test facility has 400 mirrors, and that's one-tenth the size the company wants to develop.

Even with this small number of mirrors, Heliogen's concentrated solar produced amazing results. Its operation, as mentioned, produced temperatures up to 1500 ° C (2732 ° F). For comparison, most existing full-size concentrating solar plants are capable of producing temperatures in the range of 400 ° to 500 ° C.

How did they do it?

Heliogen's progress is made possible by state-of-the-art software. With artificial intelligence and a series of cameras, the mirrors (called heliostats) are kept as focused on the target as possible through micro-adjustments of their position during the day. This is how much more sunlight comes in, creating more heat than was previously possible.

It is important to remember that this is technically a solar thermal system.

Unlike solar panels, this concentrated solar project does not use the photovoltaic effect to transform sunlight directly into electricity.

This project is about heat generation. A heat that can then be used to produce electricity, and can do it very efficiently, but it also has other applications besides that.

Many industries use intense heat in their manufacturing processes, such as casting or cement making, and often burn fuels to create those high temperatures. The Heliogen refinery is capable of producing similar temperatures without burning fuels and could provide heat for these industries in the future. The heat produced is high enough to also produce hydrogen by electrolysis.

If you can produce environmentally friendly hydrogen, this is a game changer. In the long run, we want to be the green hydrogen company.

If not used immediately, thermal energy can also be stored in simple old rocks, which can remain hot for days or even up to a week in a properly insulated storage unit. Their energy can then be used when needed or possibly even sent to a place that needs heat.

Compared to the difficulties of storing the electricity produced by the solar, this is a no-brainer.

How can concentrated solar power be applied on a large scale?

Gross hopes to improve the process by achieving the same results with ever smaller heliostats. His are already smaller than usual, which would allow them to be mass-produced at a lower price than they are today.

The hope is that this, along with other refinements to the system, will help reduce the cost of energy produced from concentrated solar until it is cheaper than fossil fuel energy.

Today it costs a little more, but not much.

And compared to large groups of solar panels, solar refineries are still a little more expensive to build and operate. But the costs are expected to decrease.

Gross's great vision is to build many concentrated solar refineries around the world using their heat to power industrial processes.

The electricity produced by these refineries would create huge quantities of cheap "HelioFuels", starting with hydrogen. Since hydrogen fuel cells are extremely efficient and can run anything from submarines to laptops, this would be a huge step towards cleaning up the energy supply.

The reduction in carbon emissions from the widespread use of concentrated solar power could be substantial.

The sole production of concrete it is responsible for 8 to 10% of all global emissions. Almost 40% of these emissions are caused by the combustion of fossil fuels needed to create heat for the production process. A quick calculation, even in mind, suggests that if concentrated solar energy replaced burnt fossil fuel for heat in concrete production alone, global carbon emissions would decrease by up to 4%.

To make a comparison, it would be as if Italy, France, the United Kingdom and Brazil simultaneously and simultaneously zeroed emissions in a single stroke.

Not bad for a mirror. 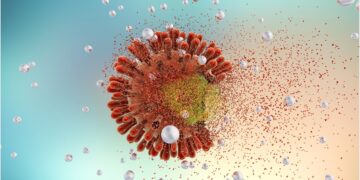 The era of mRNA vaccines may be Covid's only legacy to thank for. A method arrived to stay, and challenge ...

The smart mat "reads" our poses, and will tell us a lot about our health