The concept of an underwater kite captures (or rather: lets itself be captured by) the waves and produces electricity in a sustainable and effective way. 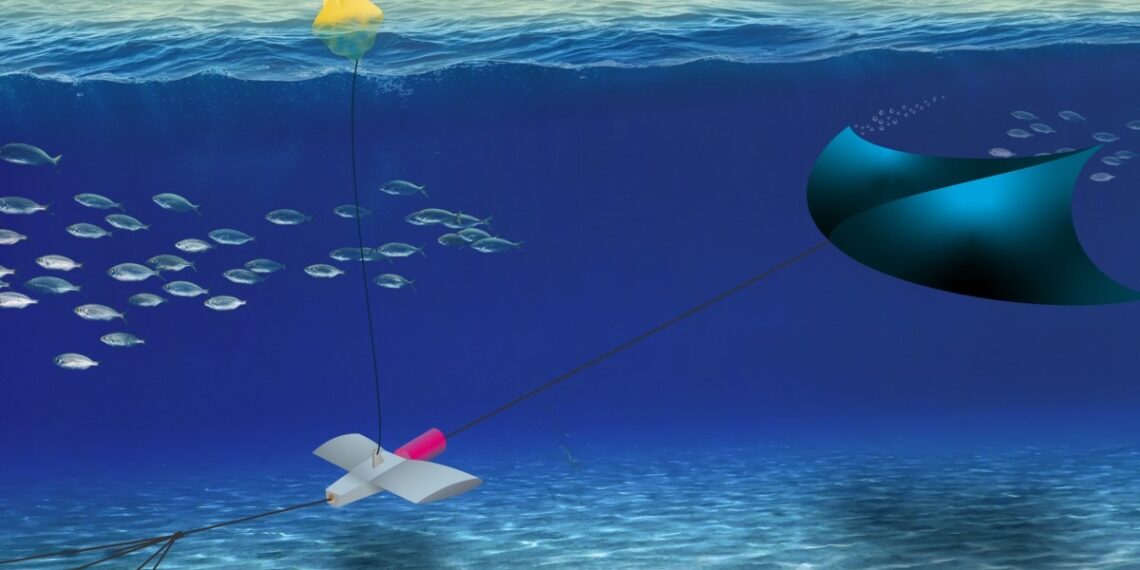 We have already heard of renewable energy systems who use kites planes to generate electricity through the wind. The Manta system is similar, but it has a peculiarity. Use a kite underwater that "flies" in tidal or river currents.

Manta was conceived by scientists from the SRI International research institute. The company recently received funding fromEnergy Agency (ARPA-E) for advanced research projects of the US Department of Energy.

How the Manta Underwater Kite Works

The heart of the system is the composite polymer coated foam underwater kite. Its shape (guess what?) Was inspired by the manta ray. It is attached to a cable anchored to the bottom of an ocean or river in areas that have strong currents. The cable base is equipped with both an electric motor and a generator.

At the start of each of its runs, the kite is positioned to capture the full force of the current, and let itself be carried downstream. da the current one. The reel spins quickly as it releases the cord (like a fishing rod). This movement spins the generator and produces electricity that can be stored in a battery or fed directly into the grid.

When the kite reaches the end of its line, it changes its angle to reduce resistance to the current: the coil motor rewinds it, to subsequently make it perform another run downstream. Although the process of lifting with the winch still requires some energy, its amount is much less than that generated by the system. According to a report, SRI aims for an average production of around 20 kilowatts per kite.

Compared to other tide power systems that incorporate structures such as underwater turbines, the Manta is claimed to be significantly cheaper and easier to install. The centerpiece of the system, the underwater kite, can simply be rewound when there is a chance it could interfere with nearby human activities or wildlife. However, the designers say, the kite's lightness would make it space-saving and risky even when in motion.

SRI said it now intends to build and operate a prototype to demonstrate the Manta technology, although they are still awaiting news of where it will be located and when it will be completed.