The strategies for the fight against aquatic waste are refined: autonomous boats arrive that work in tandem with drones and machine learning. Will they be enough? 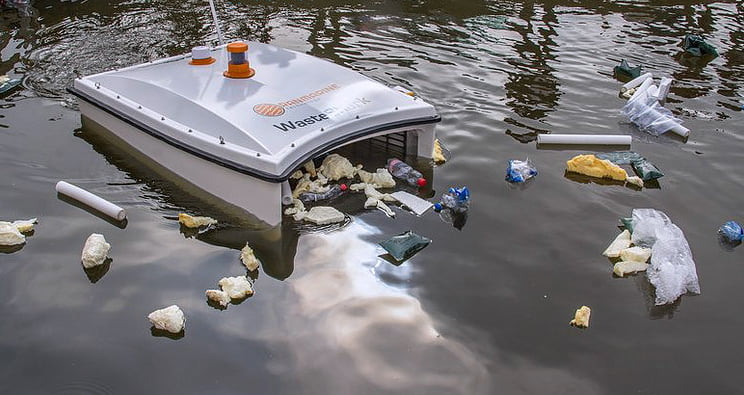 New autonomous boats and a “wheel” that intercepts drifting waste clean up the water surfaces.

Marine litter is a growing concern forcing innovators to sharpen their wits by designing autonomous boats capable of eating whatever they find on the water. The latest development comes from the Danish company RanMarine Technology. The company has created an acquadrone called WasteShark which literally sucks waste out of the water like a Roomba (including the fact that it recharges itself), cleaning up to 200 liters of garbage in a single run.

The tiny autonomous ship is already sailing along the rivers of the Danish city of Århus, picking up waste and bringing it ashore.

And that's not all: the Danish company is also adding a flying drone to work as a team and help WasteShark better identify waste. Together, they will form a dynamic duo that seeks out, collects and "eats" garbage.

The flying drone features a unique lens that collects data as it scans waterways. A machine learning algorithm learns to recognize floating plastic and trash, then guides the WasteShark to pick them up.

“We are testing a technology that can be scaled in many different ways,” he ditto Martin Skjold Grøntved, special advisor to the Danish Ministry of Climate.

Water pollution has become a significant problem, mainly because of waste of plastic that accumulate on the surface of water bodies (and not only) are a threat to both marine and human life.

With the assistance of the flying drone, the autonomous boat can now “see” even oil spills, and with the help of a special filter clean them up.

The same startup that designed the data collection algorithm for WasteShark has also partnered with the San Francisco Estuary Institute to use machine learning and understand the impact of waste prevention initiatives.

“Nonprofits employ a lot of volunteers for these tasks. And cleaning is already a very time-consuming process, let alone count the amount of waste and divide it into certain categories. Machine learning coupled with drones can speed up and facilitate the process, ”he says Tony hale, Program Director for Environmental Informatics at the San Francisco Estuary Institute.

The waste wheel has become an attraction

Not only autonomous boats in the future of the fight against waste: in the city of Baltimore there is Trash Wheel , a water wheel that intercepts waste. She has become a local star, a tourist attraction (I swear) complete with a dedicated Twitter profile.

And he started a family, too: in 10 years the waste wheels have increased, all with their fake eyes of one and a half meters.

So you have to do: heal the world and have fun. Refuse, a laugh will clean you up. 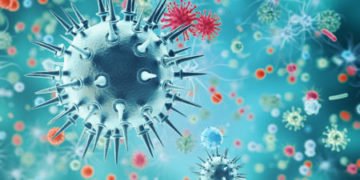 A team of researchers plans to send cancer cells into space after research in a microgravity environment has ...