Two design students have devised a path to recycle used chewing gum, preventing it from damaging the environment for 50 years and turning them into skateboard wheels. 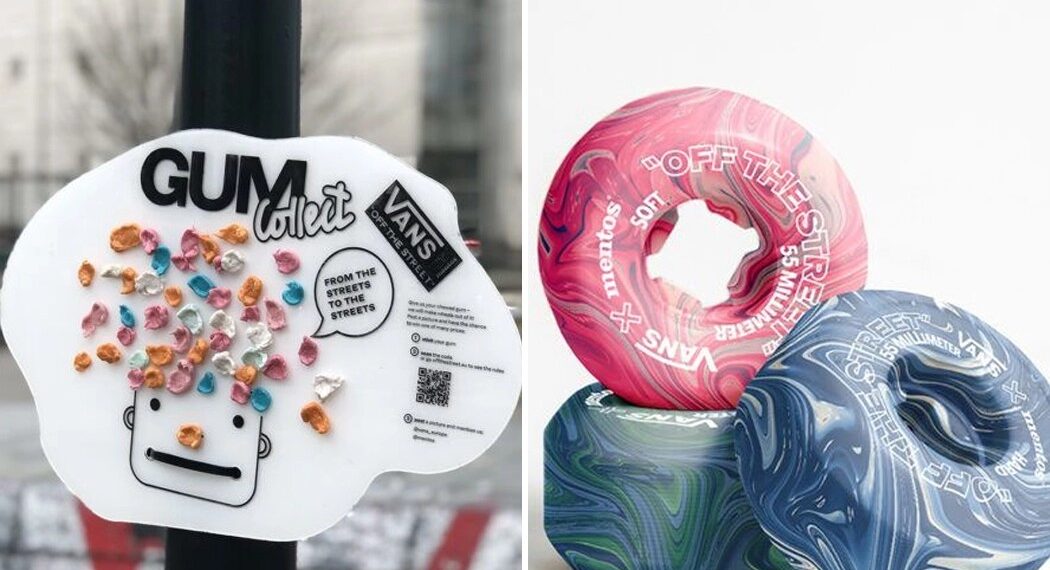 And do you know that from the moment a chewing gum hits the ground (maybe spit there by an uncivilized) it will take more than 50 years before that piece starts to decompose?

Noting the wasted potential of "butts" and their harmful effects on the environment, the design students Hugo Maupetit e Vivian Fischer they decided to collect discarded wads of chewing gum with which they modeled and built skateboard wheels.

BMW will use parts made from recycled fishing nets

This intuition led the two designers to imagine and design an entire supply chain to transform discarded chewing gum into skateboard wheels.

A chewing gum board

Maupetit and Fischer have devised a system to promote a recycling path. The pilot project would consist of installing "rubber panels" in their university city of Nantes, where residents could stick their finished chewing gum.

The tires would then be collected on these special "showcases", cleaned, molded together with a stabilizing agent and dyed with natural dye to form the bases of the wheels.

Because in theory it is feasible

People have been chewing gum since the 1860s, but it wasn't until after World War II that manufacturers began using synthetic gums such as polyethylene and polyvinyl acetate. Such materials can be molded, pressed and hardened into different shapes, making the building material relatively strong and easy to work with. Furthermore, the offer is not lacking: chewing gum is everywhere.

Here, in summary, are the details of the project, which the two designers have called "Off The Street".