We live in the exciting era that we will remember as the beginning of the human colonization of our galaxy. A science and design project produces plans for future cities on Mars and anticipates what they will be like. 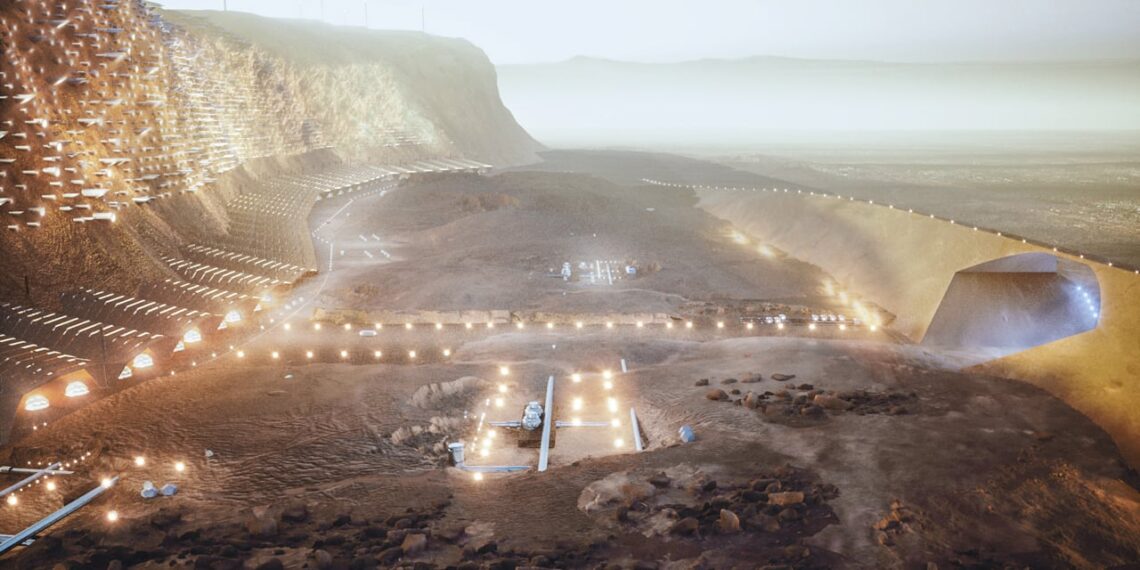 Plans for the first "sustainable Martian city" show that it is only a matter of time before humans develop the first colonies on the red planet.

The development, which is part of a scientific project, includes scenarios of five cities on Mars: the "capital" would be called Nüwa. A veritable vertical city with houses, offices and green spaces, all built on the side of a cliff to protect the inhabitants from atmospheric pressure and radiation.

Oxygen would be largely produced by plants, with 90% plant-based food, and energy would come from solar panels.

Mars is half the size of the Earth. But how would we get there? Every two years there are a couple of weeks when the planet is closest to Earth, with journeys that are "only" six months long.

However, circumstances on the Red Planet are far from friendly. Atmospheric pressure is not suitable for humans and surface radiation is lethal.

"We had to do a lot of analysis and work with scientists to try to understand the scenarios we will have to face", says the founder of the architecture studio ABIBOO, Alfredo Munoz. He adds: “We have to face very specific challenges for the conditions of Mars. One of these is gravity, only a third of that of the Earth ”.

Among the pluses, the fact that CO2 and water can also be obtained on the surface.

“Water is one of the great advantages that Mars offers, it helps to obtain the right materials for construction. Basically, with water and CO2, we can generate carbon and with carbon we can generate steel, ”says Muñoz.

The architecture firm plans to use exclusively Martian materials for construction.

The project Mars city for a city on Mars is part of the scientific work organized by The Mars Society and developed by the network SONet, an international team of scientists and academics.

The architecture studio ABIBOO created the plans for cities on Mars based on the latest scientific research.

The knowledge we are gaining in creating blueprints for a number of cities on Mars also brings us so many ideas and insights into things we could do differently on earth.

Cities on Mars: when will we be able to live there?

According to the analysis of the architectural firm, the construction it could start by 2054 and end by 2100. The first communities could start living in cities on Mars at the beginning of the next century, explains Muñoz.

What could we expect from a city on Mars, if not the cosmos… politicalism? 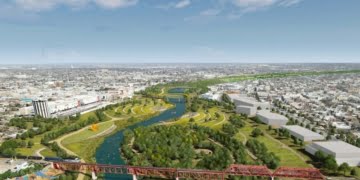 A border park straddling two nations, made to bring together a community divided in two.