A science student makes smart sutures that change color by harnessing the pH of the skin and prevent infections and problems. 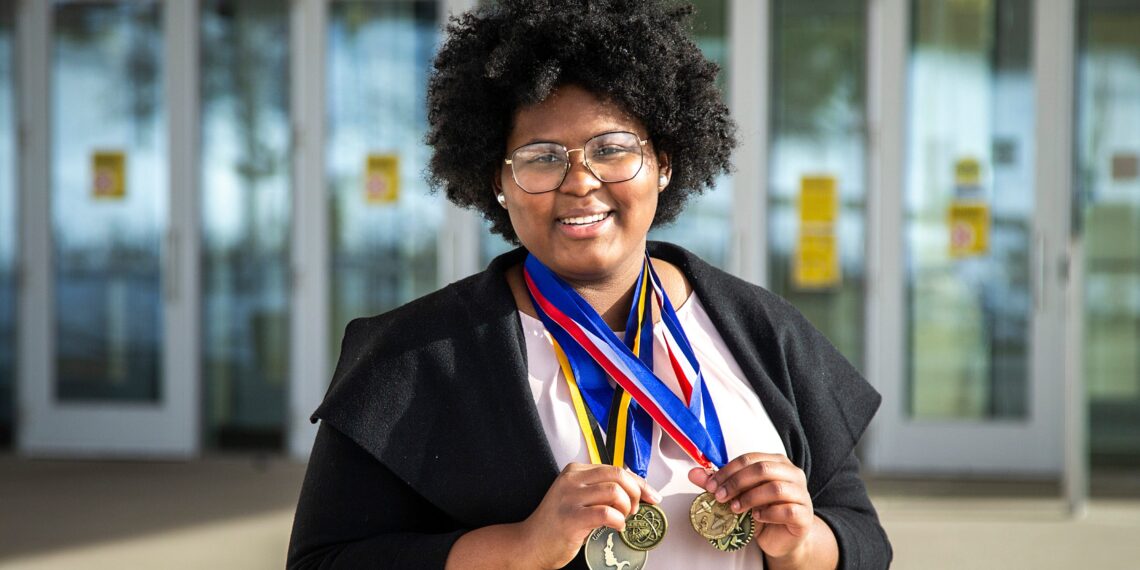 An American teenager thinks she has found a way to avoid the risk of new surgeries. Beet juice sutures that change color and can signal new infections early.

The research was worth a Dasia Taylor, a teenager from Iowa City, a place among the finalists of a national competition organized by the Society for Science.

I wanted to conduct research, I didn't think I'd get to this point: it was really a chance for me to use my creativity. I love my project, and finding out that it worked and got results makes me feel over the moon.

How did the sutures that change color come about?

The impetus came from learning the "sutures Intelligent", which alert you of infection through changes in the electrical resistance of a wound. In that case, when the conductive surface of the sutures detects a change, it sends an alert to a smartphone or computer.

It's not a great solution for patients in developing countries, where there is an energy shortage and up to 11% of surgical wounds develop infections, according to the WHO. A figure that rises to 20% among women who give birth by caesarean section in Africa.

A thread that can make a difference.

"I've done a lot of racial fairness work in my community," says Taylor. "When I was presented with this opportunity to do research, I couldn't help but do it with the aim of creating something sustainable for everyone."

The XNUMX-year-old decided to take advantage of the natural acidity of her skin, doing months of research under the supervision of her chemistry teacher. Carolyn Walling.

Skin pH levels typically hover around 5, but an infection can cause pH spikes. When it does, Taylor's developed sutures, dyed with beetroot juice, go from red to purple.

I found that beets changed color at the perfect pH point, around a pH of 9. It's perfect for signaling an infected wound.

As changes in pH occur early in the infection, Taylor hopes stained sutures can help spot infections early, when antibiotics can treat them, instead of more invasive measures.

Identifying the correct material to use for the sutures proved to be the most challenging part, as was working in a sterile environment.

"I had to learn the correct technique for putting on a glove. I had never learned that before," said Taylor.

The most important (but sad) victory

This month saw her project included in the Junior Sciences and Humanities Symposium, a competition sponsored by the Army, Navy and Air Force: the only black student.

My mom and I talk about it all the time. I often find myself in spaces dominated by whites.

It's not bad to invent sutures that signal infections and make stereotypes fly away.