Purdue's super white paint gets even better: it now reflects 98.1% of the light, and can really be an alternative to air conditioners 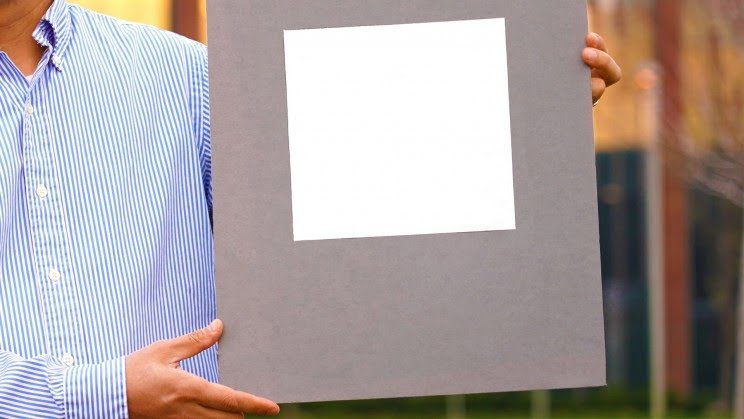 I told you about it a while ago: at Purdue University they developed a white paint… that pushes the limits of white.

In October last year, Ruan and his team unveiled their discovery to the world. At the time, they said that white paint reflected up to 95,5% of the light and its equivalent infrared heat signature.

Super white paint? What is it about?

It is a white paint that is so reflective that coating a building inside can reduce the need for air conditioning. explain the engineers in a press release.

“If we used this white paint to cover a roof area of ​​about 1.000 square feet (92 square meters), we could get 10 kilowatts of cooling power. It's more powerful than the central air conditioners used by most homes, ”he says Xiulin Ruan, Purdue professor of mechanical engineering and project leader.

Today this paint has been further improved, and reflects 98,1% of the light.

To devise their ultra-white paint, Purdue University engineers considered over 100 different materials before narrowing the list down to 10. For each of these, they tested around 50 different formulations.

The researchers ultimately opted for an extremely high concentration of a chemical compound called barium sulfate, which is used to make cosmetic whites and photo paper.

A high concentration of particles even of different sizes gives the paint the widest spectral dispersion, which contributes to the maximum reflectance

It could still improve, but ...

The team say they can add an even higher concentration of the compound, but they also warn that adding too much of it could cause the paint to crack or peel off the walls.

Yes, but how cool is the super white paint?

In an outdoor demonstration of their white paint's cooling ability, the researchers used high-precision temperature reading equipment called thermocouples to demonstrate that they can keep surfaces 19 degrees Fahrenheit (7 degrees Celsius) colder than the environment. surrounding during the night.

Under strong sunlight, however, the paint can cool surfaces by 8 degrees Fahrenheit (13 degrees Celsius) beneath its surroundings.

Purdue's white paint employs a process called radiative cooling in which an object loses heat via thermal radiation, even in direct sunlight.

It is not the only technology currently being developed to take advantage of this process. Last year, Stanford University researchers announced the development of "anti-solar panels" that used radiative cooling to harvest energy at night.

While more work is needed, Purdue University's super white paint has the potential to greatly reduce our reliance on air conditioning systems.

This would be a great advantage in the fight against climate change: it is estimated that the various air conditioners emit millions of tons of CO2 around the world every day. According to the IEA, without rigorous policy intervention, energy demand from air conditioners will triple by 2050.

An unsustainable situation, if we want to stop the ongoing climate crisis.

The alternative to flying the white flag, however, can be (also) to paint a roof. 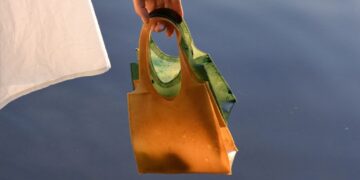 Two German designers develop an envelope (but above all a production chain) based on fruit peel waste and ...