Kiruna, how a Swedish city moves (building by building) 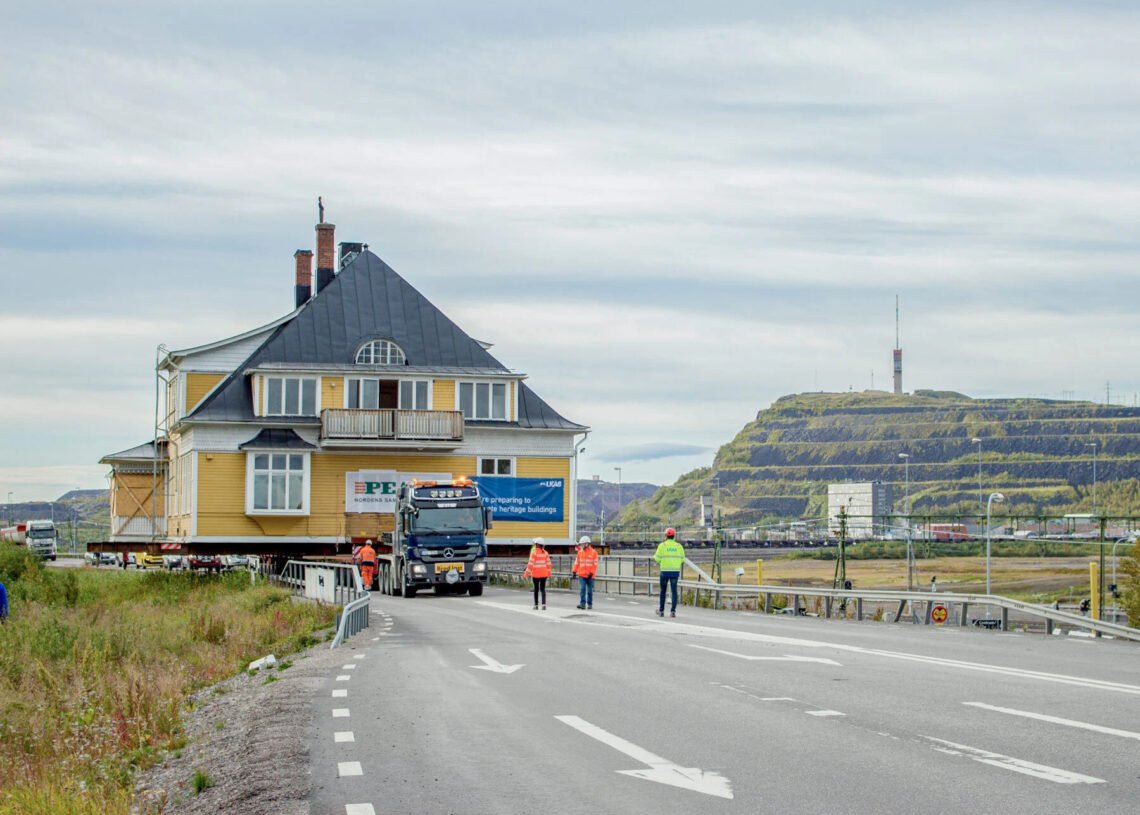 Do you remember the Chinese school that a mechanism made it "walk" to position itself differently? I talked about it here. Today I'm talking about an entire Swedish city that, building by building, is moving.

In 2013, plans were unveiled to relocate an entire Swedish city in the far north of the country. I'm not talking about the inhabitants, but about the buildings themselves. Kiruna, home to the largest iron mine in the world, had become a victim of its own success. An equivalent of six Eiffel towers of ore was extracted from its mine every day. The inevitable deformation of the ground due to these activities has started to put residents at risk. At that point an international competition was launched to physically move the Swedish city (in 20 years of time).

The winning project designed the future of a sustainable city with a diversified economy.

Although 60% of Kiruna's population still depends on the mine for employment, the city has recently experienced population growth along with an increase in tourism. To develop the project, the studio White Arkitekter (winner of the competition) involved the 20.000 citizens of the Swedish city, allowing them to take a leading role in the masterplan.

Our approach to putting the citizens of Kiruna first in this project is important. We spent a lot of time interviewing and listening to them. The city of kiruna exists due to the mine and mining cannot continue unless the city is moved. The citizens of Kiruna understand this, but at the same time it is still difficult for them if the houses and spaces where memories were created are demolished to keep the city alive.

the first building in the new city is the town hall. Designed by the Danish studio henning larsen, the structure draws physical inspiration from the angular geometry of the iron minerals fundamental to the identity of the city. Fittingly, the project also incorporates the real bell tower of the old historic center, which is both a symbol of the past and a beacon for the future.

We knew that losing the sense of place is a risk for the Kiruna community. Our hope is that this town hall will be a space that celebrates the history of the Swedish city and an enduring symbol of local identity.

Around the old, the new

The town hall and its adjacent public square will eventually be surrounded by a mix of other buildings currently under construction. There will be a hotel, a bathhouse and a cultural center called “Aurora”.

From this urban center, new neighborhoods to accommodate the growing population will extend outward into the surrounding Arctic landscape in a radial fashion, ensuring that all residents have nature at their fingertips.

A very strong symbolic message, which we could have made ours with L'Aquila and Amatrice: preserving the roots makes the future greater.