A paella made by a robot? The Spaniards are on a rampage, but the guy from the startup that created the paellero has clear ideas, and not all wrong. 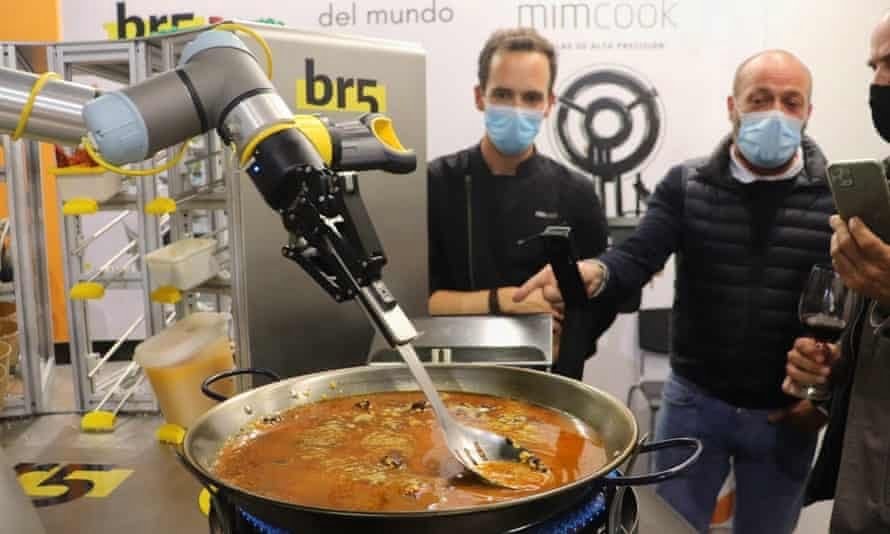 A robot created by the Spanish companies Mimcook and br5 cooks a paella at a fair in Malaga. Photograph: Daniel Luque / EPA

Aside from Skynet and that other don't-remember-what-it-was Wargames, few technological developments are as terrifying as the prospect of paella cooked by a cold robotic arm. At least for the Spanish community, I say.

Since it was unveiled at a hospitality industry trade show last month, the first paellero robotic al world ha aroused a bit of a stir. Set up the schedule, upload the stir fried, rice, broth and fish, go away and that thing cooks the paella. In all possible recipes: Valencian, Catalan, Sevillian, mixed, original, with vegetables, as you like.

The paellero takes no prisoners

The robot that knows how to cook paella, a joint project between the startup br5 (Be a Robot 5) and paella stove manufacturer Mimcook, has so far aroused the interest of hotel and restaurant chains, as well as a Japanese company.

Purists blanch (clearly) the idea that a robot only comes close to the legendary Spanish dish, but the CEO of Br5, who goes by the name of Enrique Lillo (yes, Lillo. I know, say no more) insists. It's just the beginning, he says. I wouldn't blame him, on balance.

Robot paella is just the beginning

“It's a multifunction robot: right now it cooks rice because it's connected to a Mimcook, but you could connect it to a deep fryer to make it fry potatoes, or to a grill to make it burgers and so on. In the end he is an assistant, ”says Lillo.

It's like orange squeezing machines where you put the oranges on top and the juice comes out. It's like a coffee vending machine. Those are robots too. Nobody says to the juicer hey! He's stealing people's jobs ”. No. It's just valuing human capacity.

All the machine needs is a good recipe and the right ingredients. For the paella, he will make sure that the rice doesn't burn and that there is enough broth. And it will also do so when the cook has a well-deserved day off, or if whoever made the paella so well is hired by the competing restaurant.

However, aware of the fury he would have unleashed, Lillo pointed out that his machine was preparing rice dishes and not paella, "otherwise the Valencians will be really angry". Then he risked lynching all the same, adding “but it's fun to point out that paella is the pan, not the food you cook with the pan”.

Then you look for them.

In his defense, two things must be said. First: the entrepreneur swears that the goodness of the paella made by his robot is surprising: perfect, even in the typical crunchy crust (called socarrat). Nice strength: cooking paella is all he knows how to do.

Second: Too often, he says, easily distracted humans are wrong. In terms of paella, then, it seems a constant. “It makes no sense for us to mix rice, especially since you will be watching WhatsApp while you do it and the rice will burn. This will not happen with a robot. "

Once again, if society goes in this direction, how can they be wrong? Rice, yes. But bitter rice. 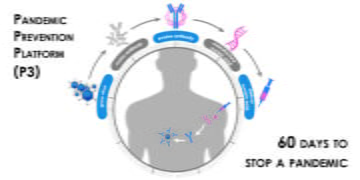 Between a cure and a vaccine there is the middle ground of a "temporary defense". DARPA, funds the efforts ...