An insane ship project longer than the Titanic and topped by a giant sphere incorporating a city of science. It will be ready in 2025. 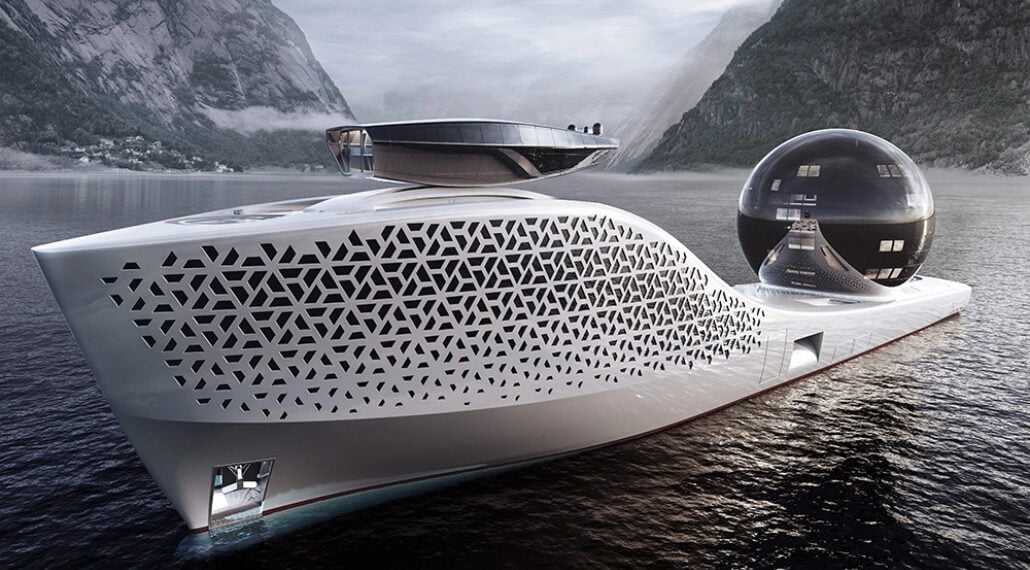 All ships created to explore have a standard research laboratory. In this case, however, the term “standard” is completely bypassed. The concept of the design studio Iddes Yachts complete with a giant sphere is more like a spaceship than a ship.

The colossus designed by the studio led by the naval architect Iván Salas Jefferson, is called Earth 300, and is designed for the stated ambition of carrying out research expeditions that "tackle the greatest challenges on the planet," according to Jefferson. It has the crazy length of 300 meters: longer than the Titanic, so to speak. In the intentions of the designers, all that space would be chock full of technological tools to make Silicon Valley pale.

A floating laboratory? No, a floating science city.

In fact, Earth 300 has no less than 22 state-of-the-art laboratories. The centerpiece of the ship is the stunning "sphere of science" which resides on the aft deck. According to Iddes, the jet-black globe is home to an entire "city of science" devoted to ocean research.

As you might expect, the ship also incorporates the latest in robotics and AI technology, and a fleet of advanced submarine vessels to embark on deep research.

We wanted to create a design that was inspiring. The sphere is supposed to inspire to protect the Earth. Entering this city of science and learning about all the ongoing research should inspire you to become “alchemists” of global solutions

Not just a giant sphere: the foredeck is an entire horizon

In addition to the amazing scientific globe, the ship also has an exceptional observation deck located in the bow of the ship. It will offer passengers an unparalleled view of their surroundings when a break from research is needed. The foredeck also houses a helipad for further aerial exploration and transportation to and from the ship when needed.

The capacity of this gigayacht with a giant sphere? Earth 300 can accommodate more than 400 people. 180 scientists, 20 students, 40 guests and 165 crew members.

The ship will introduce features found on cruise ships, expeditions, research and luxury yachts, but it won't be any of them.

As one would expect from a ship tasked with studying the ocean, the Earth 300 is designed for emission-free navigation. The giant sphere ship could reportedly be powered by a nuclear technology known as molten salt reactors (MSR) capable of providing sustainable and clean energy with lower costs than other types of propulsion. Research on SRMs stalled in the 70s, although the power source has made a comeback in recent years.

In fact, the Danish startup Seaborg Technologies has recently launched projects for the development of marine reactors of this type. I talked about it here.

When can we expect Earth 300 to start sailing?

Preliminary ship design and naval engineering are now complete and the project has many active partnerships including IBM, RINA, Triton Submarines ed EYOS Expeditions. Iddes plans to launch the ship and city of science in the giant sphere in 2025.

Just enough time to recruit the crew and give the giant ball the first spin.

We have seen so many in the last 15 years: the Internet has gradually increased its range of action, overwhelming many ...