Artificial intelligence is constantly improving, and offers new perspectives to advertising: it will soon be possible to do product placement by adding new products to old films. 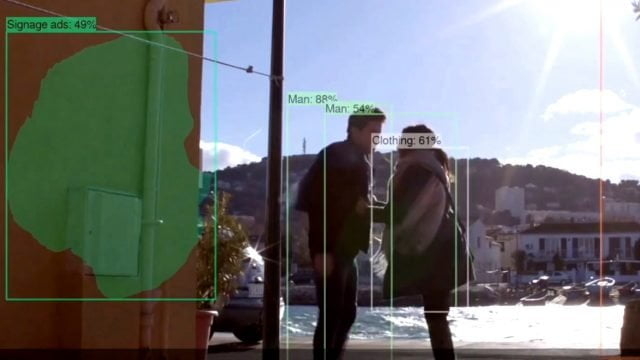 AI's ability to alter and enhance images has become excellent. In the case of deepfake, occasionally alarming. Now we have a new adjective to add: "incredibly hateful". Here is the company that wants to bring product placement to practically anything, “overwriting” even films from the past.

The BBC has interviewed Mirriad, an English company. Mirriad has created technology that allows it to seamlessly insert background advertising into content that initially did not anticipate or host it. This allows for new types of positioning of digital products. An example? Changing the labels on the bottles of a liquor to make the product placement of an updated brand. Insert new advertising in Titanic, or make Charlie Chaplin the testimonial of a well-known carbonated drink.

The product placement that "overwrites" the story

In the BBC interview the focus is on the idea of ​​adding commercials to classic films. I hope this is the least used use of this technology. In old movies, the products and advertisements are also functional. I mean: updating Times Square posters with more current ads may be fine for a recent film, but what's the point of putting new products into great classic films? Mirriad has provided some evidence of the technology, and they make us think. Here is an example of product placement "revisited by AI".

According to the CEO of Mirriad Stephan Beringer this technology is already used in China and has been tested in the USA by the creators of the “Modern Family” series. The video of the presentation, which I put below, shows the products inserted in the videos before the broadcast, but not the modification of classic contents that have already been released.

In the 70s, the average person was exposed to a range of 500 to 1.600 ads per day, depending on profession and entertainment habits. I skip over the "inexpensive" ads in Italian films, including Punt and Mes ashtrays and Cinzano posters. Today, it is estimated that we are exposed to a quantity between 6.000 and 10.000 ads per day. The amount of advertising to which we are exposed on a daily basis has been increasing for years, including that deriving from product placement, which is increasingly pervasive.

Mirriad's technology is being used today by music artists to add logos and product placements to their videos in hopes of generating additional revenue streams with sponsorships. In the future, Mirriad hopes to add new advertising to sports and concert broadcasters by placing ads in broadcast content.

Mirriad's technology is a really cool example of applied AI. If used judiciously, it might be okay. As always, the problem boils down to the word "judgment" and humanity's general inability to ascertain its meaning.

For a handful of Coche

Take the "before" and "after" images that Mirriad provided to the BBC. The producers of this content have no problem with transforming the scene through this technology. A logo like this, in this specific case, does not change the meaning of the content (but it must be consistent with the story, I guess). However, this product placement does not give me positive feelings anyway.

What is the significance of that change? You tell me: if I had only seen the original scene, I would never have thought about the drink. Seeing the second frame, my eye locks on the drink. The familiarity of the logo in an otherwise unfamiliar scene grabs my attention.

If I had only seen the second scene, with no context, I would be wondering if that precise message was part of the story. Perhaps the director would have liked to say something about American values ​​"exported" to the world?

Any accessory reflection is useless. That publicity wasn't there when the film was shot, and that's it. The ability and ability to update these details in a scene at will, regardless of any artistic control exerted by the director, may represent an exciting new revenue stream in the future, but it is a risk.

I already foresee great films of the past restructured at the expense of some company that, in exchange, will earn the right to become part of some scene with its own brand, or with a “posthumous” product placement. Meritorious operation, even if of a private nature (and “privative”, I would like to say). In general, however, the risk is that this technology will come at the expense of narrative control and cloud the audience's ability to trust their understanding of authorial intent.

The injection of product placement and seamless digital ads encourages the proliferation of this technique for profit, with potential positive impacts on artists, but potential negative impacts on the volume of advertising we are all exposed to, every day. What do you think? 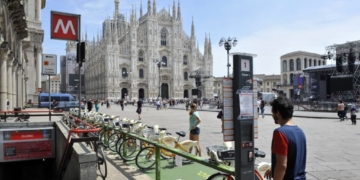 Once completed, the cycle infrastructure will place Milan's population and services less than a kilometer from a cycle path.