Virgin Galactic takes another step towards space tourism by launching the VSS Imagine: more than a space plane, a platform for the future of its entire fleet. 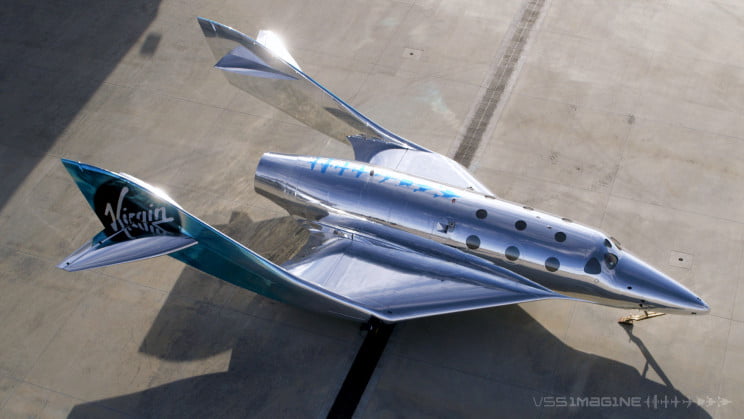 Virgin Galactic continues to grow its fleet of suborbital vehicles and unveils the new VSS Imagine.

The first thing that catches the eye of Richard Branson's new "spaceship" is its mirror finish. The livery dynamically reflects its surroundings and continuously changes color and appearance as it travels from earth to sky and space.

The VSS Imagine is a silver bullet designed for more efficient production and faster reuse than Starship II, the latest version of Virgin's space tourism vehicles.

A platform for space tourism of the near future

Virgin Galactic has designed its Starship III spacecraft with a modular design that will lay the foundation for the design and production of future vehicles. The spacecraft will begin ground testing, with glide flights scheduled for this summer from the US spaceport in New Mexico.

The introduction of the Class III of its spacecraft is a real milestone in Virgin Galactic's multi-year effort to aims to reach the figure of 400 flights per year per spaceport.

Virgin Galactic spaceships are purpose built to offer a new perspective to the thousands of people who will soon be able to experience the wonder of space flight. As a Class III spaceship, the VSS Imagine is not only beautiful to look at, it represents all the great accomplishments, creations and changes that start with an idea.

What do you think? Do you like this new space butterfly? Here is the video presentation of the VSS Imagine