A team of researchers reprogram cartilage cells to produce the anti-inflammatories on their own to react to inflammatory stress. 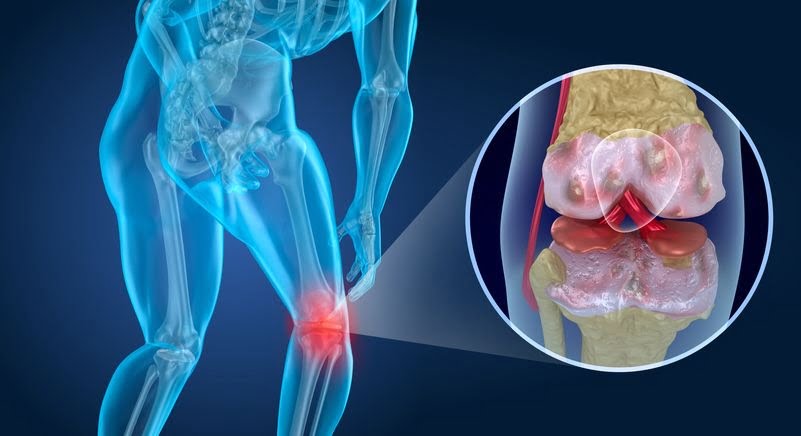 Scientists have engineered cartilage cells to produce an anti-inflammatory drug when under stress.

The drug blocked the destructive effects of inflammation, highlighting the potential of the approach. In the future, cartilage and replacement tissues may be "designed" to defend themselves against rejection.

Why "program" the cartilage to heal itself

Joints such as those in the knees and hands rely on cartilage tissue to prevent bones from rubbing together. Wear over a lifetime can cause cartilage to break down, and the painful condition called osteoarthritis.

Symptoms of osteoarthritis can include joint pain, stiffness, and swelling. Hundreds of millions of adults around the world live with this condition. Currently, there are no treatments to prevent or reverse its progression.

The researchers were interested in growing new cartilage in the laboratory to be able to implant it in the joints. However, joints with arthritis contain many molecules that promote chronic inflammation. This inflammation, in addition to the physical stress produced by normal movement, it can also quickly destroy replacement cartilage.

A research group led by Dr. Farshid Guilak of Washington University in St. Louis tested whether cartilage cells could be designed to protect themselves from inflammation. In a proof-of-concept study, the team altered cartilage cells from pigs to produce an anti-inflammatory molecule when you are stressed.

The results were published in Science Advances.

The researchers first identified a protein called TRPV4 in the cartilage cell membrane that detects changes within the cells under compression. They found that TRPV4 is activated by a change in the fluid in the cells called osmotic load. The protein can also be triggered by mechanical forces.

The reaction is remarkable

The team showed that, in response to stress, TRPV4 activates specific genetic pathways in cartilage cells associated with inflammation and metabolism.

Researchers have modified these genetic circuits to produce an anti-inflammatory molecule called interleukin-1 receptor antagonist (IL-1Ra). Cells with these circuits were then cultured to form cartilage.

When exposed to mechanical forces or osmotic load, the cells are engineered produced IL-1Ra. The timing and duration of production depended on the genetic circuit used.

This suggests that manufacturing could be customized by leveraging different cellular pathways that turn on and off at different times. Cartilage that thanks to bioengineering it produces "cures" at different times, and in response to different types of solicitation.

Finally, the researchers tested whether IL-1Ra production could protect cartilage cells in an inflammatory environment. An environment similar to that seen in osteoarthritis.

They therefore exposed the engineered cartilage to both an inflammatory molecule and an osmotic load for three days.

Whoever does it alone makes for three

These results demonstrate the ability to engineer living tissues to produce their own therapeutic drugs. "We believe this strategy could allow us to program cells to deliver therapies in response to a variety of medical problems," Guilak says.