An American homeless man is the first person in the world to live in a 3D printed house. An era of sustainable construction is opening up. 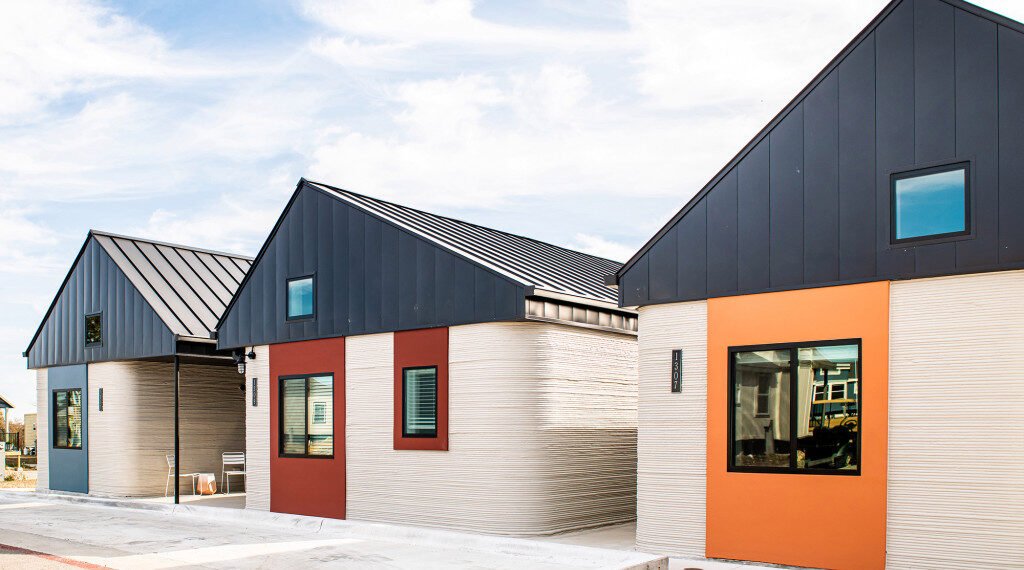 "I hope to stay here until the last days of my life."

These are the words of Tim Shea, who has come a long way from his homeless days struggling with heroin addiction. He is now the first person ever to live in a 3D printed house, according to the house manufacturer.

On the outskirts of Austin, Texas, 120-year-old Shea has settled in his 3-square-foot home built with XNUMXD printing. His new home is located in the Community First Village, which provides housing for the homeless along the lines of a born project in Europe.

The residential complex has so far more than 500 homes, including 3D ones built by Icon, a local start-up. Shea is part of an ever-growing number of seniors in America who struggle to live sustainably. Before his 3D printed house he lived in an RV.

Shutting oneself up at home, opening up to the world

“I think from my personal experience that I have developed an armor,” Shea said. “I didn't feel safe and whenever I had the opportunity I would hide or isolate myself. I never wanted to interact with people “. Paradoxically, when Shea was homeless, he was less in contact with others. Since having a home, her life has changed dramatically.

“Everything I do is just the opposite, and I have a lot of activities to do every day with others,” he said.

Shea chose an open floor plan because he has arthritis, and may need to use a wheelchair. So far Icon has developed six different types of 3D printed houses, with different configurations and much stronger materials.

First Community is a not-for-profit company that has invested $ 18 million to build a low-cost residential village to help homeless people off the streets. The initial capacity is 180 residents, who pay an average of € 250 rent and get job opportunities on site.

“When I found out that I was going to be the first person in America to move into a 3D printed house, I thought it was really cool,” Shea said. “The same people I ran from now help me run. If you've been on both sides of the fence, you know some people just need a little bit of encouragement and support. "

The community was founded in 2015 and created by the real estate developer Alan Graham, who had spent the past two decades volunteering on the streets of Austin through a project called Mobile Loaves & Fishes. The Community First! Village to test new technologies in the construction field was a natural extension of his willingness to experiment.

Graham wanted to provide a real sense of community rather than just housing for the chronically homeless. Now, Icon has brought its 3D printed home technology to the village to hopefully speed up the process, making it cheaper too.

The houses have a bedroom, a bathroom, a full kitchen, a living room and a large porch with exterior views.

The best part about living in my 3D printed house is that it's more than just a roof over his head. It gives me a sense of security. I feel like I am hugged in this house. There are no tight corners, it's rounded, it feels like it wraps around me. I love to sit and look inside. It is a very comfortable, warm and welcoming place, and I am so proud to live there ”.

3D printers are a real possibility for the future. They build houses faster, cheaper, with stronger materials. Icon has delivered two dozen 3D printed homes / structures to the United States and Mexico.

In another project, the company partnered with NASA to develop building systems to colonize the moon, including homes, infrastructure, and more. It would be great if before giving man in space a 3D printed house, he gave it to so many on Earth.

Who hasn't happened at least once to go home on a hot summer day and find out ...