A small "bubble" submarine with retractable gull wings is able to "fly" at will under water, from bottom to surface, offering maneuverability and spectacular footage of the depths.

Triton 13000/2 Titanic Explorer is a submarine equipped with folding seagull wings to glide over the water.

It is the embryo of the new generation vehicles that will allow us to explore and witness the wonders of the abyss, the largest and most mysterious ecosystems on our planet.

More than a submarine

The Triton 13000/2 Titanic Explorer is a flexible high performance platform designed specifically for professional applications. Its ability to reach a depth of 4.000 meters makes it the perfect submarine for repeated trips on the Titanic.

The secret? The seagull wings

With an exceptionally compact footprint, the gull wing arrangement allows you to store and maintain the submarine in a small garage.

While diving, this type of design offers unrivaled versatility of operation.

The configurations of the wings of the submarine Triton

With closed wings, the submarine is aerodynamic for ascent and descent. It is capable of maneuvering in incredibly tight spaces. The low positioning of lighting and cameras is ideal for scientific observation or close-up shooting.

With partially spread wings, the Silent Glide feature of the Triton Titanic Explorer allows the submarine to track objects, maintain a course and glide to points of interest without activating its eight direct drive thrusters.

With fully open wingsfinally, the submarine is able to rise from the seabed without disturbing the most delicate species. It also has cameras placed at the end of the wings which provide a perfect external observation point on the submarine and its occupants.

Excellent solution also in terms of entertainment, for productions in which you want to "present" the shift mission directly from inside the submarine. 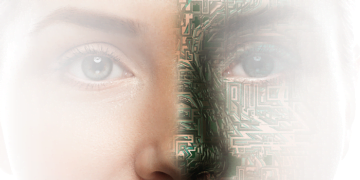 A Chicago team develops the small magnetic device capable of inducing the perception of odors. That's all ...