An extraordinary result of experimental therapies on mice shows how it is possible to reduce high cholesterol by 57% with a single injection. If it works on humans it will be a revolution.

Scientists have improved a form of gene-editing therapy, creating an experimental treatment that promises to eliminate high cholesterol. A condition that affects hundreds of millions of people around the world, and linked to a number of serious health complications.

In new research conducted with mice, the researchers injected a newly formulated lipid nanoparticle to modify with CRISPR-Cas9 the genome of living animals. With a single treatment they reduced low-density lipoprotein (LDL) cholesterol levels al 56,8%.

To give you an idea: at the moment, the most advanced FDA approved treatment may (not yet on the market) reduce cholesterol by only 15,7%.

Of course, these results have only been shown in mice so far, so the new therapy will require a lot of further testing before we know it's both safe and equally effective in humans. But based on these findings so far, the signs are promising.

How the revolutionary anti-cholesterol treatment works

The treatment acts on a gene called Angiopoietin-like 3 (Angptl3), and produces proteins that inhibit the breakdown of some fats in the bloodstream.

People with a mutation in this gene tend to have lower amounts of fatty triglycerides and cholesterol in their blood (with no health complications), and for years scientists have been trying to recreate the process, with treatments that effectively mimic the effects of this mutation.

"If we can replicate this condition by eliminating the Angptl3 gene in people, we have a good chance of having a safe, long-term solution to high cholesterol," says the biomedical engineer. Qiaobing Xu of Tufts University.

In this research, Xu's team developed a new formulation of LNP called 306-O12B to target the gene, producing therapeutic effects in mice that lasted at stable levels for 100 days after a single injection of the treatment.

In addition to lowering cholesterol, the experiment also produced one 29,4% decrease in blood triglycerides some animals.

The extraordinary action actually helps the body break down fats before they accumulate in the bloodstream. And with no apparent liver toxicity.

CRISPR anti-cholesterol: will it also work on humans?

The team suggests that the efficiency of high cholesterol treatment in humans would likely be roughly the same as that in mice. With effects that could last up to a year with a single injection, given the slow turnover of liver cells.

Until we know more about how 306-O12B acting in the human body, however, this cholesterol-lowering drug formulation will not be available in your local pharmacy.

But one day it will be possible. The results of this test can advance the CRISPR method in this area as well. More detailed studies are still needed on chronic tolerability and efficacy on large "animals", but sooner or later one injection per year could really eradicate cholesterol problems. Would be great.

The results are reported on PNAS. 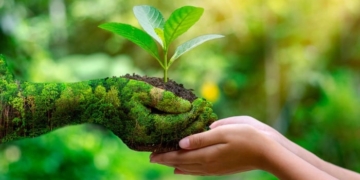 Let's take a look at the 5 biggest killers on our planet and what we can do to stop them.