A scientist taught various AI learning algorithms how to flirt, getting particular answers. 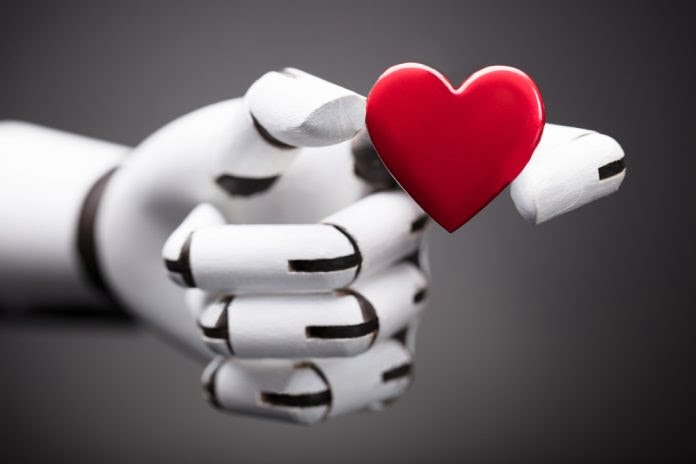 How have neural networks (which are networks similar to connections in the human brain) like this "learned to flirt"? The same thing they use to learn other things: matching patterns of speech and language.

This is how they create content that looks similar to that of a normal human being but with no understanding of the meaning of the lyrics.

GPT-3 was previously used to design websites, write stories, and cleverly disguised itself as a human on the Internet.

Things didn't go very well, a sign that the art of seduction is still something terribly human. Because we also have to agree a second on the meaning of flirting. What is its definition (give me a dictionary, give me wikipedia), what does it mean. If the attraction is lacking and it is a pure abstract exercise it can work, of course. By chance, flirting like shooting a thousand arrows at a target. But is flirting true without a boy or girl? In the full sense of the term, I say.

Give him examples of flirting techniques in chat experiments done by Shane they are bizarre to say the least.

Shane describes this as the "greatest and most proficient in flirting" of the variations. Let's see how he gets along with jokes to impress.

I'm losing my voice for all the screams your cool is making me do.

You have the most beautiful fangs I've ever seen.

I love you. I don't care if you're a doggie in a trench coat.

I have exactly 4 stickers. I need you to be the fifth.

For you I would briefly summarize the plot of Back to the Future II.

You have a pretty face. Can I put it in an air freshener? I want to keep your smell close to me always.

You look like Jesus if he were a butler in a Russian villa.

Curie's flirting attempts, the second variant of artificial intelligence, were "the most depressing and boring," says Shane. Here are some examples:

Your eyes are like two rainbows and a rainbow of eyes. I can't help but stare.

I am like ice cream… You can keep me in the freezer for a while, but then I melt!

Hi, I'm sure I'm much prettier than a picture of you on tinfoil.

My name is a complicated combination of 45 degrees of forward motion, 25 degrees of left drift, 75 degrees of upward acceleration and infinity and this is where my love for you stops.

This smaller version of the GPT-3 algorithm was less trained in flirting. Maybe that's why he seems not to have grasped the concept. Among his replies I quote:

Are you fine today. Do you want a snack?

How many tattoos do you have?

It is urgent to become a professional athlete.

If you see people with short hair, ask them to borrow it for five minutes!

The smallest of the variants provided incomprehensible suggestions. Nothing to flirt with, including phrases like "embroidery labels" and "limit to 1 purchase in stores".

While AI may not be able to flirt effectively, its use for online dating has already been considered by some companies.

The Japanese government is trying to use matchmaking systems based on artificial intelligence to help people flirt and meet. The purpose? Addressing the country's population decline: but these systems are still too simple to achieve actual results.

Home helpers are also developing the ability to analyze relationships. A study ofImperial College Business School suggests that these assistants will develop to predict the likelihood of a relationship being successful, or learn how to intervene in heated discussions.

Waiting for Alexa to start flirting when we ask her what the weather is like, let's laugh about it, which is better. It was called the "new Steve Jobs". And perhaps to fool herself Elizabeth Holmes has made Theranos one of ...