Scout is a small guardian robot driven by artificial intelligence. He can patrol the house under our supervision or in autonomous mode. 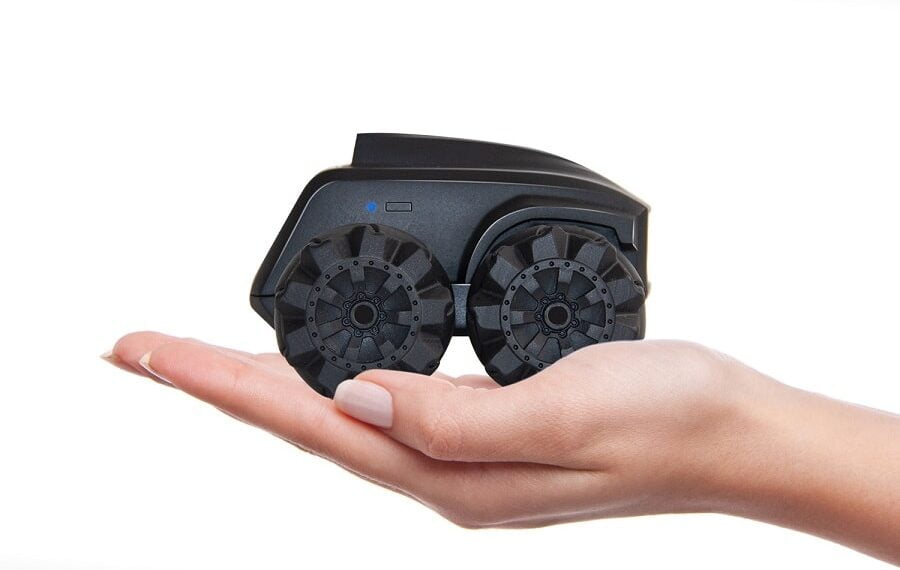 Not everyone can afford to pay a person to let us sleep soundly night watchmen bla our home. It's nice, however, to know that someone keeps their eyes open to watch over us while we sleep.

This is the job of Scout, the mini guardian robot developed by Moorebot, the latest in a wave of technological solutions for surveillance housekeeper.

Currently the subject of a crowdfunding campaign, Scout roams floors and carpets with its four independently propelled wheels.

They are Mecanum wheels, indeed. He says "what does that mean?". These are wheels made up of angled motorized rollers that allow the robot to move from side to side while still facing forward.

Users start by manually guiding the Scout through a patrol path on a floor of their home, using a special smartphone app. The guardian robot's on-board software records that path, then subsequently guides Scout during her scheduled patrol "shifts".

Scout is wirelessly connected to the home Wi-Fi system: users are able to see in real time from its 1080p night vision camera via an online portal, wherever they are. They can also take manual control of the robot via the portal or app.

Scout also has its own microphone and motion detector. It can autonomously control abnormal movements and noises and can automatically detect and avoid obstacles while doing so.

the little guardian robot can also recognize human bodies and pets. In case of suspicious noises or movements, Scout can tell if they were caused by human intruders or by the user's cat.

Anyone who is, however, can communicate with the user thanks to a two-way audio system. All videos are recorded and stored in the cloud.

According to Moorebot, a three-hour charge of the Scout's 2.000mAh lithium battery gives the guardian robot about 2,5 hours of battery life. When the battery starts to run out, the robot automatically returns to its charging station, like any Roomba.

Should it be able to obtain the necessary funds to start production, Scout would cost around 180 euros. Currently, for those who intend to finance the launch on Kickstarter, the guardian robot costs around 120 euros.

Do you want to see it in action? Check out the video below. 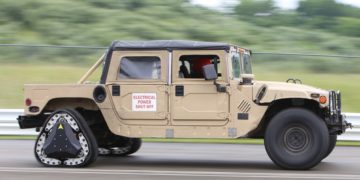 Change shape while the vehicle is still running: from wheel to sled or track. Makes unstoppable. And the...