A bit of a tram, a bit of a lift: Rolla is an individual public transport concept that has very clear ideas about the future of urban connections. 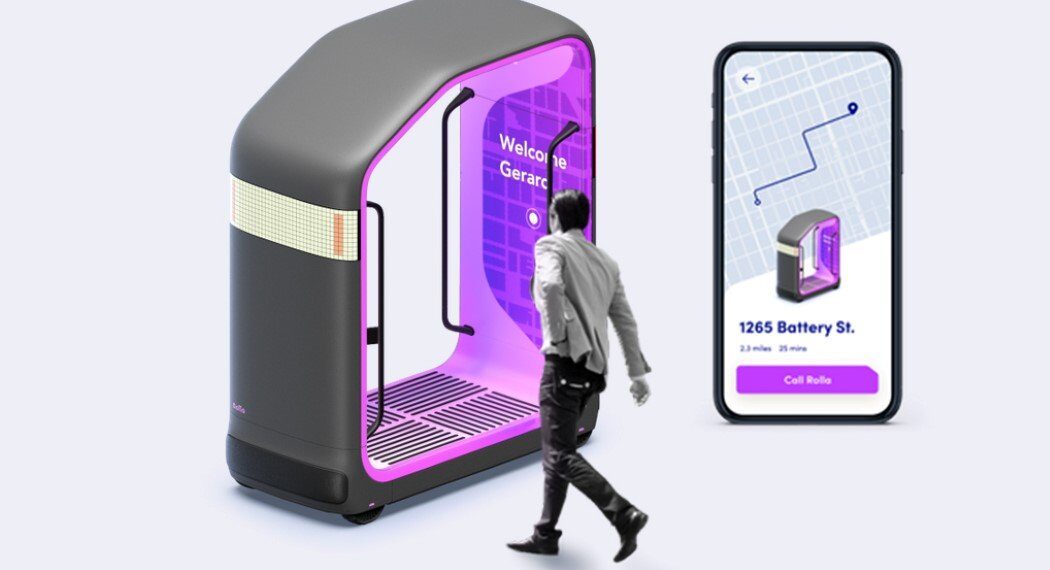 The sense of paranoia that takes us when we use crowded vehicles is quite recent. Nonetheless, the thought of using public transport will still arouse moderate fear for quite some time. What's now?

Imagining "public transport" without the word "public" can be difficult. How do you create a tailor-made mass public transport system that no longer involves people in the immediate vicinity? And also, how do you manage this system and make sure it is good for the public and safe for the cities?

He tried New Deal Design. The San Francisco-based company has already worked on a number of smart mobility projects, including the recent 'Serve', an autonomous delivery robot. Today he tries again with Rolla, a concept that aims to reinvent urban public transport.

RYZR, the concept of a "wearable" vehicle, which you drive with a special suit

Rolla takes mass public transport and nuclearizes it. It isolates him. If you prefer, customize it. Think about how the lifts or cable cars work, and then remove the cables. Rolla is designed just like a moving booth. Pardon: an entire network of cabins on a human scale, from which you enter and exit as with an elevator.

Rolla can work on fixed routes such as a public transport bus. You can call it and go into it. However, it can also travel on customized routes for short journeys (you book it from an app).

Rolla's message is clear and simple. A sum of basically "familiar" experiences that allow you to trust a "frontier technology". It looks like a simple bus, or a trolley car open on both sides, like those in San Francisco. You enter, you hold on to the handrail, you go down. The app is like the ones you use to book taxis and services like Uber. The small size of this public transport makes it friendly, unpretentious and (inevitable, the Covid theme always comes back) easy to disinfect between journeys, perhaps with a UV-C light.

The interiors also follow the same criterion: lights and colors that characterize the different pods: yellow for public transport, purple for private transport, blue for fixed private routes (for example in a hospital park, or a university campus). The displays show timetables and routes clearly and legibly.

In summary: Rolla is a concept with clear ideas about the public transport of the future. Very, very clear. A network of single multifunctional pods, easily deployable on the streets of a city without additional infrastructure such as stations or tracks. They are electric, and can take advantage of solar panels on their surface to increase (not by much, of course) their autonomy in a sustainable way.

Small. Versatile. Scalable. Sustainable. Will tomorrow's public transport really be like this?