A map shows which areas of the world to find unknown animals, and where to direct searches. A good initiative to defend biodiversity.

Maps usually exist to draw landscapes of known things. In times of crisis, however, maps of the unknown can be an equally vital resource.

This is the thinking behind a new scientific effort to map all the places on Earth where unknown animals and species not yet studied are most likely to live today.

In the background of the world biodiversity crisis (where we are losing known and unknown species at an alarming rate) this speculative cartography of unknown animals could prove to be our best chance to document, classify and possibly save animals before they are permanently extinct, scientists say.

Unknown animals: there are still many. Lots of them.

"Conservative estimates suggest that only 13-18% of all living species are already known at this point, although this number could be as low as 1,5 percent," explain Yale University researchers. in a new studio .

Without inclusion in conservation decision making and international commitments, these undiscovered species and their functions could be lost forever.

An excerpt from the study

An atlas of future discoveries

To address this "lack of biodiversity" ecologists Mario Moura e Walter Jetz they created a model by extrapolating where unknown species of terrestrial vertebrates might exist today, based on biological, environmental and sociological factors associated with the more than 32.000 terrestrial vertebrates already known to biologists.

“The chances of being discovered and described early are not the same across species. We tend to discover the obvious first and then the obscure. But for many unknown animals there may not be time ”. And how much says Moura, co-author of the study and professor at the Federal University of Paraiba in Brazil.

In short, large animals with a wide geographical spread are unlikely to have many cousins ​​that we are not already aware of. Conversely, small animals inhabiting tiny or inaccessible crevices in the landscape could indicate multitudes of unknown vertebrates that have never been classified on the tree of life.

The most common unknown animals? Amphibians and reptiles

According to the researchers' model, amphibians and reptiles are probably the most abundant unknown animals today among terrestrial vertebrates. Brazil, Indonesia, Madagascar and Colombia are expected to contain the most unknown vertebrate species, potentially accounting for a quarter of all future discoveries. Broad-leaved humid tropical forest environments in general should account for about half of the unknowns.

That said, we will only be able to discover any of these unknown animals if we speed up our search. And it is not only true for vertebrates, but also for plant, marine and invertebrate species, which are next on the list of researchers.

Many researchers claim that the so-called "sixth mass extinction" is already upon us and we will not be able to help these animals if they die before we find them. Thus, an approach such as that of the “map of unknown animals” has the potential to support taxonomic research initiatives that help accelerate discovery before species go into oblivion.

The results are reported in Nature Ecology & Evolution and you can access an interactive version of the unknown species map Thu . 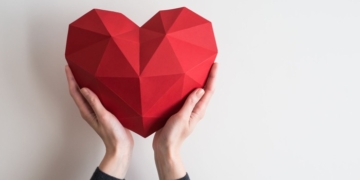 The discovery of a mechanism to repair the heart muscle has the potential to revolutionize treatments and cures ...