Electric cars are growing, and construction remains at stake: why don't we start thinking about the abandonment of old solar panels, to go directly to solar roofs? The future is BIPV.

BIPV: an acronym that stands for Building Integrated Photovoltaics. In Italy we call it FAI, architecturally integrated photovoltaic in buildings. It currently consists of photovoltaic solar modules "flush" with the roof, which perform the function of tiles. Ever since Tesla announced Solar Roof in 2016 there weren't many news. Solar roof and BIPV systems are still considered a niche of the residential solar industry. A solution perceived as too expensive or experimental compared to a simple system of panels installed on a roof.

What obstacles are there to BIPV “solar tiles”?

BIPV is growing rapidly but, as mentioned, it has not reached the mass market. Sure, there are as many as 2 million such rooftop installations in the US, but it's still an extremely small percentage of the total. And in Italy? It is useless to get lost in calculations: the situation is deficient.

The most sensible way to give photovoltaics an important scale is to replace all the old roofs, as they are redone, with BIPV systems. And obviously make all the new roofs with the same logic.

Integrated photovoltaics in BIPV buildings is following the same growth curve. More and more companies are entering the industry, the product is improving, costs are falling, and consumer awareness is increasing. The destinies of cars and roofs can cross, because IF and WHERE energy accumulators, solar vehicles and panels are produced, the productions are destined to coexist.

Italy should reflect a lot on the possibility of this energy and ecological transition, and not hesitate even for a second. The companies that produce solar in Italy are still scandalously few, we would need an entire manufacturing industry.

Solar as a roof: a bright future

BIPV panels are now comparable in terms of efficiency to traditional solar systems. And they allow homeowners to fit more roof-integrated solar capacity into a similar amount of roof space. Increasing the efficiency of the panels is an important part of this process: increasing the solar capacity and the production of BIPV products will even increase the long-term value of a home.

It is no longer a product to install with a relatively short lifespan. FAI (or BIPV) solar tiles can become an integral part of a building (without interventions as for traditional panels, which can cause leaks or infiltrations). On the aesthetic level, comparisons do not even exist.

What are we waiting for to launch into this BIPV market (censorship)? Research and development will turn every roof into an energy generator. 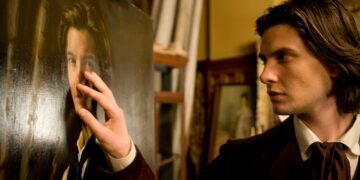 We have always asked ourselves: "who will really benefit from extending their life?". And basically we already know the answer.