Among the abilities of artificial intelligence there is one very promising (and to be kept under control): that of learning our weaknesses to influence our choices. 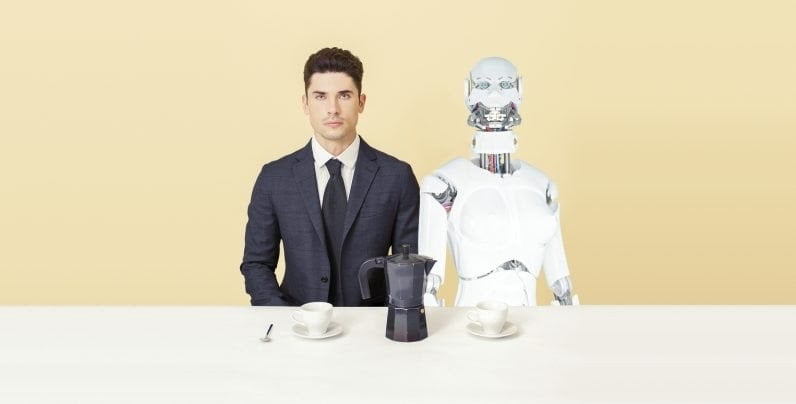 Artificial intelligence is learning more about humans and how to work with them. A recent study demonstrated how AI can learn to identify weaknesses in human habits and behaviors and use them to influence human decision making.

It may sound cliché to say that AI is transforming every aspect of the way we live and work, but it's true. Various forms of artificial intelligence are at work in different fields: from the development of vaccines to environmental management, passing through the administration of offices.

And although AI does not possess human-like intelligence and emotions, its abilities are powerful and rapidly developing.

Tell me how much you sleep, age and sleep quality will tell you how long you will live

How far ahead is it already? As I often say, Terminator's "Skynet" hasn't arrived yet (thank goodness), but a recent discovery highlights the power of artificial intelligence and underlines the need for adequate governance to prevent its misuse.

The team of researchers Date61 of CSIRO, the data and digital arm of Australia's national science agency, has devised a systematic method for finding and exploiting weaknesses in the ways people make choices, using a kind of artificial intelligence system called recurrent neural network of reinforcement and deep learning.

To test their model they conducted three experiments in which human participants played against a computer.

It involved participants clicking on red or blue colored boxes to win a "payout", with the AI ​​learning the participant's choice patterns and guiding them to a specific choice. Artificial intelligence was successful about 70% of the time.

Participants had to look at a screen and press a button when they were shown a particular symbol (an orange triangle) and not press it when another one was shown (a blue circle). Here, the AI ​​decided to organize the sequence of symbols so that the participants made more mistakes.

In each of these experiments, the machine learned from the participants' responses and identified and targeted weaknesses in people's decision making.

The end result was that the machine learned how to guide participants to particular actions.

What research means for the future of AI

These results are still quite abstract and concern limited situations. More research is needed to determine how this approach can be implemented and used to benefit society.

But the research advances our understanding not only of what AI can do, but also of how people make choices.

It shows that machines can learn to guide human decision making through their interactions with us.

Research on human weaknesses has a wide range of possible applications

Many applications can derive from this study: the enhancement of behavioral sciences and public policy to improve social well-being. Understanding and influencing how people adopt healthy eating habits, or the use of renewable energy.

L'artificial intelligence and machine learning could be used to recognize people's weaknesses in certain situations and help them avoid bad choices.

What's the next step?

Like any technology, AI can be used for better or for worse, and proper governance is key to ensuring it is implemented responsibly.

Last year CSIRO developed an AI ethics framework for the Australian government as a first step on this journey.

Artificial intelligence and machine learning are typically data hungry, which means making sure you have effective systems for data governance and access is critical.

Implementing adequate consent processes and privacy protection during data collection will be essential.

Organizations using and developing artificial intelligence need to make sure they know what these technologies can and cannot do, and that they are aware of the potential risks.