Pending new missions, an analysis of the Martian surface reveals that there have been so many ice ages on the red planet. 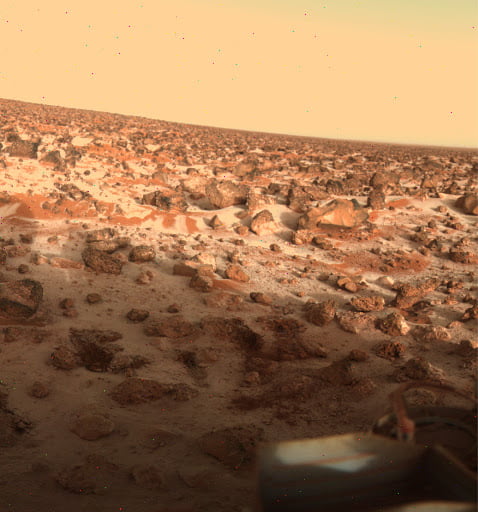 A new geological analysis has shed a light on the formation of Martian glaciers, concluding that the planet has had up to 20 distinct ice ages.

The revolutionary new analysis promises to substantially increase our understanding of the Red Planet.

Mars is covered in glaciers, frozen to the surface of the Red Planet for hundreds of millions of years.

Geologists debated whether glaciers were all the result of a long ice age or caused by single ice ages over a long period of time.

Since ice ages are caused by changing the tilt of a planet's axis, the results promise to show scientists the variations in Mars' orbit and climate.

How many ice ages did Mars go through?

Pinpointing the chronology of ice ages can also help understand what kinds of things might be trapped under the ice, including rocks, fossils, microbes, and gases.

Mars Reconnaissance Orbiter is capable of reaching a resolution of 25cm per pixel, which is good enough for "seeing things the size of a dining table," Levy explained.

The professor used both artificial and "natural" intelligence. 10 university students analyzed about 60.000 rocks. Distribution, clustering and size were screened for signs of erosion.

The team's so-called "virtual fieldwork" allowed scientists to map all of these rocks across Martian glaciers.

As can be the case with a core sample, the rocks have been found clustered in distinct bands on the surface of Martian glaciers, suggesting multiple ice ages over hundreds of millions of years.

Scientists noted, with surprise, that the rocks have moved into glaciersinstead of eroding as expected.

The rocks also appeared to cluster between glaciers, suggesting separate flows that occurred over time, rather than just one major event.

Using the data, the researchers found that Mars spanned six to 20 distinct ice ages from 300 to 800 million years.

"These glaciers are small time capsules, which capture snapshots of what was happening in the Martian atmosphere," Levy said. "We now know that we have access to more than just ice age data. We can learn hundreds of millions of years of Martian history without having to dig deep through the crust. Just hike along the surface."

And we'll do it soon, starting in February, when Perseverance lands on Mars.

Take a look at the paper, published in PNAS (Proceedings of the National Academy of Sciences).