Wind turbines, a cross and a delight: the disposal of used ones was complicated, thus a project was born to transform them into a bridge. 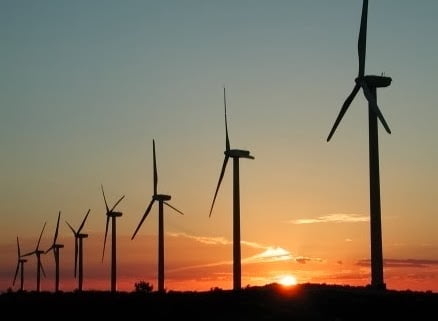 On 16 December, three 12-meter-long wind turbine blades were brought by truck from a wind farm in Belfast to the Cork Institute of Technology in Southern Ireland.

For the next few months, civil engineers will put the blades through a series of tests as they design and build a footbridge that will use them in place of traditional steel beams. By April, the bridge made of wind turbines will be complete and will connect the cities of Youghal and Middletown.

It could be the first of many

He hopes to see dozens of them dot the Irish countryside in the not too distant future.

With 11.000 tonnes of wind turbines expected to be decommissioned across Ireland by 2025, there should be no shortage of material to work with.

The dream of recycling wind turbines to turn them into bridges is part of an ever-growing effort to find creative ways of managing “renewable waste”. A unique challenge. Because wind turbine blades are very large and sturdy, Nagle and colleagues hope to be able to reuse them for electric transmission towers as well, and more.

In the meantime, too General Electric recently announced that it has begun to transform decommissioned wind turbines, while scientists at the National Renewable Energy Laboratory are preparing new materials that could make future wind turbines much more recyclable than today's state of the art.

Taken together, these innovations (if they prove technically and economically viable) could help avert the nightmare of wind turbine waste, a potentially very bad phenomenon.

Wind turbines have a lifespan

"If we really want a sustainable and renewable fuel source, it is not appropriate to pollute the environment with discarded materials," Nagle says. And he's right.

Wind turbines are built to last around 20 years and most of the existing ones have not yet reached the end of their useful life. However, wind turbines are often taken out of service earlier, as companies replace them with larger ones that can produce more energy, a process known as "repowering".

And once the old wind turbines no longer take the wind, they have to go somewhere. This often means landfill, where the shovels take up a huge amount of space.

Second the Electric Power Research Institute, the dimensions of the blades have "increased significantly" in recent years, from an average diameter of 45 meters in 1997 to 110 meters in 2017. They are very difficult to move and are not biodegradable.

Of course, they are a small fraction of the total waste we produce each year, but it would still be better for the environment and the climate if we could re-use these structures in some way.

Re-Wind, how wind turbines are reborn

From the 2016, Re-Wind, a collaboration between the US, Republic of Ireland and Northern Ireland (with researchers and funding from all three governments) investigated the possibility of repurposing wind turbines for a variety of civil engineering projects. Within the next six months, the team plans to hold its first two large-scale demonstrations.

In addition to footbridge in County Cork, also the "Blade Pole“, A project to reuse wind turbines as large high voltage electrical transmission towers. To test the idea, three dismantled blades will be installed as electric towers at a wind farm in Kansas next summer.

However, the Re-Wind team has many other ideas to test. Laying blades horizontally along stretches of coast to act as breakwaters and help prevent coastal erosion. Use as noise barriers for highways and separators for skate parks, arches or art installations.

Old wind turbines could even be installed underwater to serve as artificial scaffolding for the barrier Reef, perhaps in the same areas where offshore wind turbines are being built.

How about making houses there?

The group is particularly excited about the prospect of using old wind turbines to build affordable housing as well. “One of the first things we looked at was cutting these blades into pieces to give for free or for a very low cost. To who? People in economically disadvantaged neighborhoods who could use them for construction ”, by way of housing containers.

Others, such as General Electric, use old turbine blades to obtain new materials. Last month, the renewable energy division announced it had entered into a contract with recycling company Veolia North America. It will involve taking the disused wind turbines, shredding them and using them as raw material in the cement kilns.

Using shredded blade waste to produce cemen is a technique known as co-processing. It was first used commercially in Europe about a decade ago. This application could help solve another environmental challenge. This is the huge climatic impact of cement production, which involves heating the limestone to more than 1500 ° C in a furnace.

GE estimates that by burning wind turbines instead, carbon emissions from cement production can be reduced by 27%.

GE declined to share its data demonstrating the climate benefits of its co-processing technique.

But independent research conducted by Nagle has shown that co-processing is still more environmentally friendly than landfilling. And in any case, when producing emissions, it is preferable to evaluate this as a last option.

In the not too distant future, the best option may be to recover the materials that wind turbines are made of to produce new ones.

Even with a greater environmental impact than simple reuse, this could become an important waste management solution that could lead to saturation.

Today, recycling of materials is difficult because most wind turbines are made using a "thermosetting resin", an ultra-strong plastic cured at high temperatures in a chemical process that is not reversible.

The road to thermoplastics

Berry and his team have spent the past five years investigating whether thermosetting resins could be replaced with thermoplastics, a different type of polymer that can be melted and reused.

After building a 13-meter-foot wind blade of thermoplastic resin and subjecting it to a battery of comparison tests with a traditional thermosetting blade, the results were encouraging: the two types of blades have very similar mechanical properties, according to a published article. in October in the Renewable Energy magazine.

Relying on the wind

What's the next step?

I expect the wind industry to start doing just that in the next few years.

These scenarios would free around 576 million hectares, allowing cultivated land to restore its natural purpose.